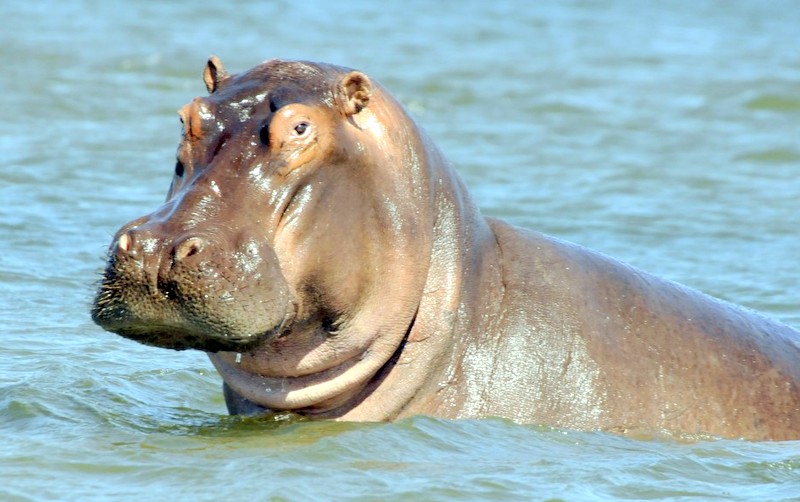 The animal killed many people in the last two years, the state government said.

Ismail Umar, who is the head of Forestry, Yamaltu/Deba Local Government, confirmed that the beast had been killed.

He said officials discovered the threat posed by the hippopotamus since 2013, and complained to the LGA about the damages it was causing them, and also requested permission to hunt it down.

“We were lucky to trap it outside. We used military men. And with the help of the local hunters, we shot it yesterday night around 10:30 pm when it came out to eat grasses, and today we butchered it in to pieces,” Mr. Umar said.

He said there were about 100 hippopotamus in the dam.

Also speaking, the permanent secretary of the state Ministry of Environment and Forest Resources, Adamu Pukuma, said the state was committed to protecting hippopotamus to ensure they do not go into extinction, saying the killed animal was “notorious”.

“It killed people around the area as well as destroyed people farm and fishing equipment, and there were complaints from the people that was why we sought the governor’s approval and killed it,” he said.