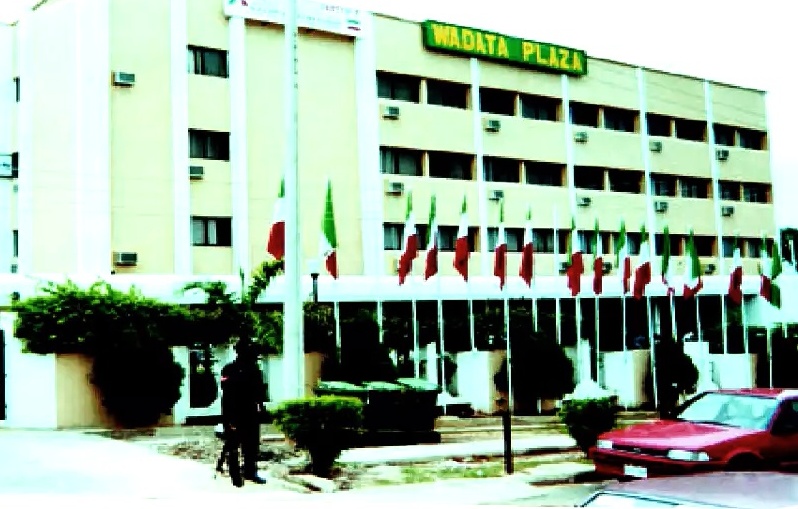 Led by Chairman and Secretary of PDP Staff Welfare, Ngozi Nzeh and Dan Ochu-Baiye respectively, they made the call at a news conference in Abuja on Friday.

Mr. Ochu-Baiye, who read the statement, signed by 74 staff members of the party, said the call was important before the NWC takes the party to the grave yard.

He beckoned on Economic and Financial Crimes Commission, the Police, and the Independent Corrupt Practices and other Related Offences Commission, to hearken to them.

They accused the NWC members of financial mismanagement, financial sharp practices and incompetence in running the affairs of the party.

Mr. Ochu-Baiye said it was curious to observe that the party could be so liquidated by executive recklessness of its NWC members so much that 12 billion naira was squandered in nine months.
“Party members will need to know why delegates were compelled to pay N10,000 each into a private account of a company called MORUFI NIG. LTD.

“We are aware that over one billion naira was realized from this fraudulent exercise. Why did the NWC compel party members to pay sums into a company account rather than the usual party account in the same Zenith Bank?

“As part of their agenda to ridicule and crumble the party, legitimate bills owed to media houses, contractors and even cleaners have not been paid till date,’’ he said.

He added that most party members who conducted congresses and primaries that generated these huge sums had also not been paid.

He also accused the NWC members of using party finances to fund frivolous personal obligations as weddings, naming ceremonies, funerals, among others, running into hundreds of millions of naira.

Mr. Ochu-Baiye stressed that several factors, including criminal imposition of unpopular candidates caused by the NWC, were responsible for the party’s poor performance in the last general elections.

He also mentioned the allegation by Ndudi Godwin Elumelu who paid N750million naira to the NWC to obtain the gubernatorial ticket of the party in Delta State.

“There are many other victims.”

He added that governor of Kogi was requested to pay one billion naira to the same NWC to retain his ticket.
He also mentioned the non-remittance of campaign funds to state chapters and wholesome embezzlement of proceeds of sales of nomination forms.

“How on earth will any political party undergo this level of tortuous mismanagement and expect to win elections?’’ he asked.

Mr. Ochu-Baiye said millions of PDP members were in great pains with the current reality of how the party was “now being run aground by a patently incompetent and self- centered sets of NWC members.”

He stated that the NWC had refused to summon a meeting of the National Executive Committee (NEC) since the party lost in the last elections “due to these ceaseless acts of recklessness.’’

“We appeal to the Board of Trustees, the National Caucus and other members of the NEC to invoke relevant sections of the party’s Constitution to call for a meeting of NEC since the NWC is reluctant to do so.

“We wish to reiterate that the greater number of members of staff has spent over 16 years working and building the PDP.

“We remain loyal staff, party members and stakeholders committed to retrieve the founding vision of our great party’’, he added.

The National Publicity Secretary of the party, Chief Olisa Metuh, described the allegations as false and baseless.

Mr. Metuh said the staff members were misguided in the pursuit of their interest when the PDP was fighting the cause of Nigerians with the ruling All Progressives Congress.

The Acting National Secretary of the PDP, Adewale Oladipo, described the allegations as false.

Mr. Oladipo debunked the claim that he had refused to hold regular meetings with the staff, saying all the records were available to puncture the claims of the workers.

What “missing” N11.56trillion excess crude fund can do for Nigeria

Ebonyi Govt. to appoint women as vice-chairmen of councils