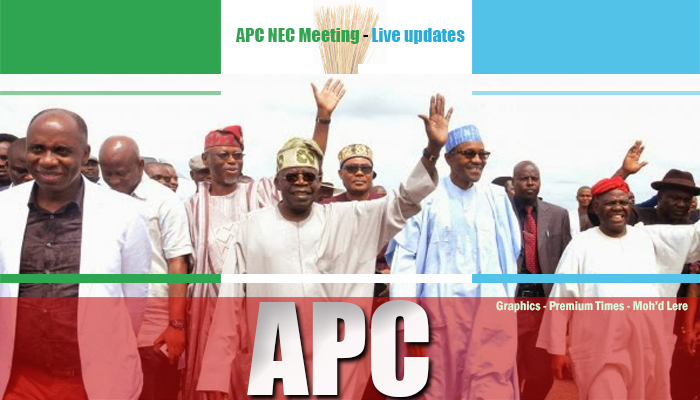 The All Progressives Congress has accused the Peoples Democratic Party of engaging in brazen lies by alleging interference by the security agencies with cases before election petition tribunals.

The APC called the allegation a futile attempt by the PDP to pull the wool over the eyes of Nigerians.

The spokesperson of the PDP, Olisa Metuh, had on Wednesday stated that the governing APC is trying to manipulate election petition tribunal in Rivers, Delta and Akwa Ibom states.

Mr. Metuh who addressed a press conference at the PDP secretariat said the APC was adopting strategies to destabilize the PDP by introducing a one party system in the country.

However, the APC in a statement issued in Lagos on Thursday by its national publicity secretary, Lai Mohammed, said not only did the PDP “lie shamelessly” in making the allegation, he said, the party was also trying to muddle the waters on the true situation concerning the case before the Rivers State Election Petition Tribunal – which precipitated the PDP’s frivolous accusation in the first instance.

It said in truth, the invitation of some officials from the Rivers State office of the Independent National Electoral Commission was prompted by a petition to the Inspector General of Police, IGP and the DG, DSS, by the APC that the officials were colluding with the PDP to deny the APC access to key documents used for the last governorship and House of Assembly elections in the state.

Also contained in the petition, APC said, was the fact that some directors at the INEC head office in Abuja had been working strenuously to deny the APC access to some documents used for the said elections but domiciled at the Commission’s head office, even when the INEC Chairman had promptly attended to the issue and directed the said officials to furnish the needed documents.

The party said as a matter of fact, the IG had directed, upon the receipt of the APC petition, that the matter be investigated and the Resident Electoral Commissioner, REC, in Rivers State be invited.

Those who were named in the APC petition to the security agencies include the Rivers REC, Gesila Khan; the Administrative Secretary, Obijuru Royson; Head of Operations Department Bocco Ekong and Legal Officer Fumi Gaffar who, along with other INEC officials in Rivers, are colluding with the PDP to frustrate all attempts by the APC to access the vital documents.

”Therefore, the PDP’s wolf crying over a conspiracy it orchestrated with the Rivers INEC to deny the APC access to documents used for the said elections amounts to barefaced lies and a clear attempt at distorting facts,” the APC said.

”These persistent refusal to release the documents is happening despite a valid order from the Tribunal and in a clear violation of Section 77 (1) and (2) and other provisions of the Electoral Act.

”In addition, there is also a deliberate effort by the conspirators (Rivers INEC and the PDP) to destroy the documents so as not to allow the APC to have access to them, and then report their loss to the police. One of such cases was filed on June 29th at the Akinima Police Station in the Ahoada West Council Area.”

The party said it is now clearer than ever that the PDP, knowing fully well that it has something to hide in the Rivers election, is doing everything possible to sabotage the search for the truth, while at the same time engaging in impudent finger pointing as a strategy to deceive the unsuspecting public.

”Having willfully used the security agencies as a tool to rig elections, harass the opposition and tamper with evidence in all its 16 years of shame in office, the PDP now believes the APC will do the same,” the party said. “That is wrong, because the APC is a party founded on the rule of law. As far as we in the APC are concerned, let the necessary lawful procedures be followed and let the truth prevail in the cases before the various election petition tribunals across the country.”