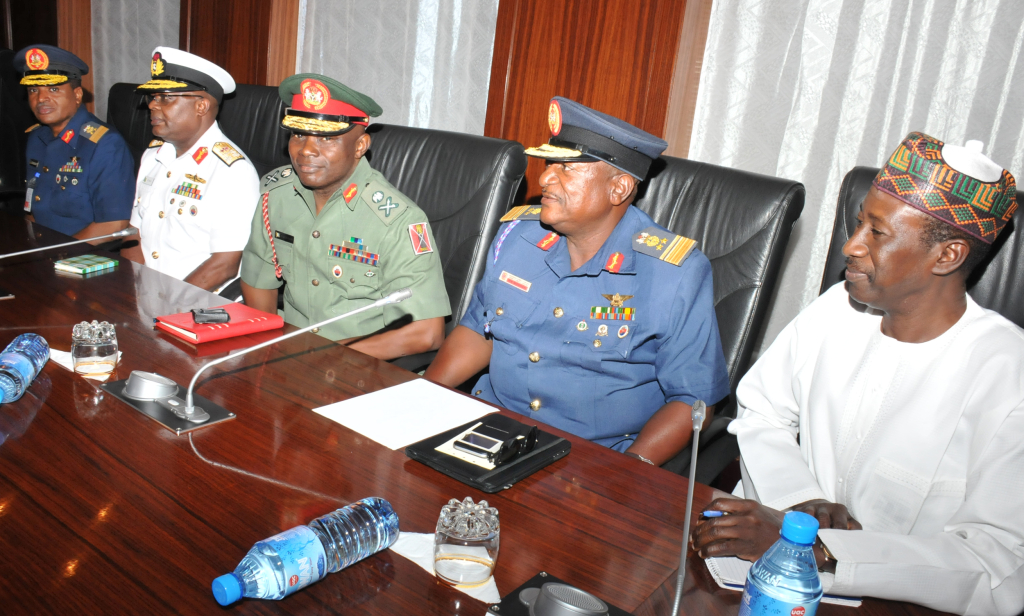 As Nigeria battles insecurity arising mainly from insurgency, some Nigerians in Lagos have urged the newly appointed service chiefs to justify their appointments by ensuring adequate security of lives and property.

The Lagos residents, including security experts, said on Thursday that the service chiefs should jointly rid the country of the Boko Haram menace.

“I think the appointments have been long overdue and awaited,” Mr. Ehkomu, the Chief Executive Officer of Transcorp Security, Lagos, said. “I think the president was just taking his time and consulting wisely to get the people he wanted.

“The new service chiefs should work very hard to make sure they justify their appointment and their oaths of office as military officers of the Federal Republic of Nigeria.

“They also need to bring an end to Boko Haram insurgency so that we can be referring to it as past.”

Wilson Esangbedor, also a security expert, said the appointment of the service chiefs by Mr. Buhari was in the right direction.

“I don’t think it was really too late before he made the appointments, I think he just wanted to be sure he chooses the right people,” Mr. Esangedor said.

“The service chiefs should be careful of their utterances; they should not make promises they cannot keep.

“Even if they have information that is sensitive, they should not be in a hurry to impress Nigerians.

“What the public is interested in is not their strategy or how they go about prosecuting the war but the success recorded. They should talk less and let people see them act more.”

A graduate of History and International Relations, Tony Ufoh, said the appointments of the service chiefs was a good step in ensuring total end to insurgency.

“With these appointments, new and fresh ideas and strategies would also come into place,” he said.

“I also want to commend the president for moving the military headquarters to Maiduguri which is also a way of ending the insurgency.”

A Lagos-based lawyer, Babatunde Lawrence, expressed the belief that the service chiefs would do their best as they were appointed based on their performances.

“I believe the end to the insurgency in the country is at hand,” he said. “And I also believe that the service chiefs would also put in their best in ensuring they end the Boko Haram menace.”