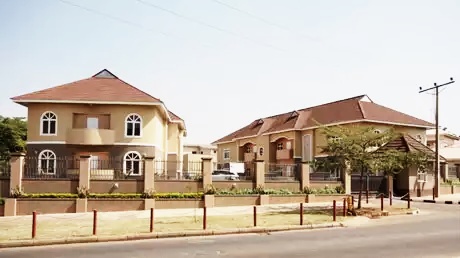 The Department of Development Control, Abuja Municipal Management Council, on Saturday obtained a court order to seal-off 36 premises in Asokoro for failure to repaint their houses and perimeter fence .

The order was given by Folashade Oyekan, judge of the Mobile Court, set up to try redecoration offenders.

Mrs. Oyekan also ordered that five of the defaulters, who were present in court, should be given a two-week grace to redecorate their premises or risk being sealed-off.

“However, for those who refused to appear in court, even when it is sitting in their neighbourhood, I order that their premises be sealed off until they comply with the redecoration notice,” she said.

The court summoned 41 residents of Churchill St., Omar Bongo Close, Daniel Arap Moi Close, Paul Biya Close, and Queen Elizabeth St., all in Asokoro, but only five of them appeared in court.

The prosecutor, Arome Tokula, told the court that the accused persons failed to comply with an order of the department, instructing them to repaint their dilapidated houses.

He said the offence contravened Section 35 of the Abuja Environmental Protection Board (AEPB) Act of 1997.

“The accused persons were summoned to this court for failure, refusal and neglect to paint their premises even after redecoration order was issued to them,” Mr. Arome said

“The offence contravenes section 35 of the AEPB Act.”

Dominic Odenigbo, head of Aesthetics and Amenities, Department of Development Control, who spoke after the court session, advised Abuja residents to always comply with directives of the department.

Mr. Odenigbo said the desire of the government was to ensure that Abuja remained a decent city.

“Our mandate is to ensure that Abuja remains a model city that will appeal to Nigerians and visitors from other parts of the world.

“The minimum length of time we give to residents to comply is six months and this is enough time for people to make financial provisions to repaint their houses.”

He said the mobile court would be a continuous exercise and eventually cover all parts of the FCT.

Police in Enugu launch investigation into murder of traditional ruler, 3 others