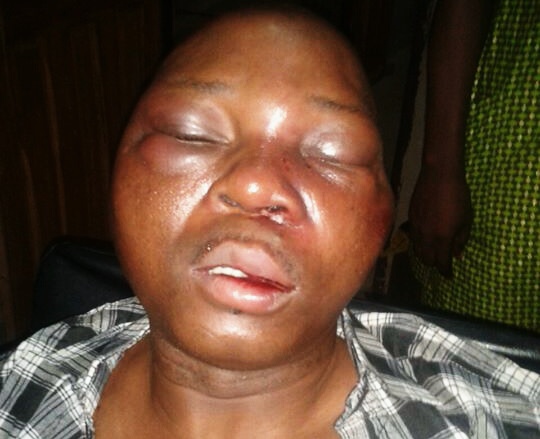 The Nigeria Union of Journalists, Lagos State Council, on Tuesday said it has concluded arrangement to drag the Nigeria Customs Service to court over the battering of one of its members, Yomi Olomofe, who was pursuing his constitutional duties of news reporting.

Mr. Olomofe who is the Executive Director and Chairman, Editorial Board of Badagry Prime, a news magazine, was last Thursday beaten to a state of coma by smugglers, in the full glare of the public, within the premises of the Seme-Border Command of the Nigeria Customs Service.

The Lagos Council of the Union in a statement signed by the Chairman, Deji Elumoye, said the body
has briefed its lawyers on the sad occurrence and would definitely file a range of law suits against the Nigeria Customs.

Mr. Elumoye, in the statement, said he wondered why a journalist going about his lawful duties would be so harassed and molested, noting that the leadership of the union has instructed its team of lawyers to file charges, which includes but not limited to attempted-murder, accessory, aiding and abetting, manslaughter, harassment and assault, among others, against the Service and some of its officers.

Mr. Elumoye vowed to ensure the case is pursued to a logical conclusion and further enjoined journalists in the country not to be deterred by what happened to “one of our colleagues” but rather brace up for more challenges in the course of duty.

“Customs and its officers are to be held responsible for this, because the incident happened within their territory. They had a duty to protect their visitors but they reneged in their duty. And why would they allow smugglers and hoodlums into their premises? Those are the people they are supposed to checkmate, but it seems they are now working together,” the union stated.