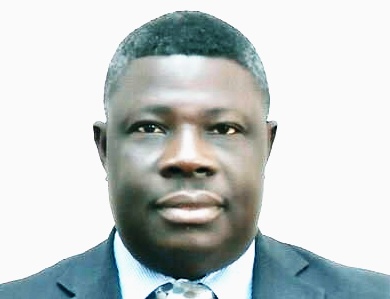 The Nigerian Government has appointed Mordecai Ladan, to oversee the activities of the Department of Petroleum Resources, a statement posted on the website of the DPR on Monday stated.

According to the statement, Mr. Ladan will take over from the former DPR Director, George Osahon, whose tenure elapsed on June 19.

According to the DPR, the appointment is with immediate effect.

Dorothy Bassey, the Head Public Affairs Unit, DPR, in a telephone interview on Monday said that Mr. Ladan was appointed on acting capacity.

Mr. Ladan is a petrochemist by training and joined DPR in November 23, 1987 as a Senior Analytical Chemist.

The statement said Mr. Ladan was deployed to the Safety and Environment Branch under the then Technical Services Division.

It said Mr. Ladan rose through the ranks to occupy various key positions within the organisation, including Zonal Operations Controller, DPR Kaduna.

According to the statement, Mr. Ladan, having attained the rank of Deputy Director, was appointed Head, Downstream Monitoring and Regulation Division in Oct. 2005 to June 2013.

He was appointed Head, Gas Monitoring and Regulation Division in June 2013 to May 2014.

He later became the Head, Safety, Health and Environment Division in May 2014 until his recent appointment.

“Mr. Ladan is highly accomplished both professionally and academically; he is Fulbright Scholar (Hubert H. Humphrey, North-South Fellow) where he bagged a Certificate in Environmental and Regulatory Policy / Public Affairs June 1991.

“He bagged M.Sc. Petrochemicals & Hydrocarbon Chemistry from the University of Manchester Institute of Science & Technology, UK in March 1986.

“He also has a B.Sc. (Hons) in Chemistry from the Ahmadu Bello University, Zaria July 1982; West African School Certificate from the Federal Government College, Kano June 1978.