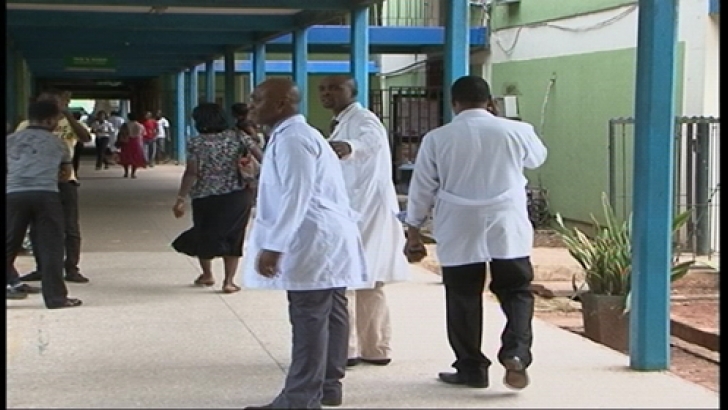 Nigerian resident doctors have alleged a plot to instigate health workers to embark on nationwide strike to frustrate the Muhammadu Buhari administration.

The National Association of Resident Doctors said Wednesday in a communique after a meeting in Abuja that its members have rejected the plan, and were indeed ready to work with the new government.

“There is also a hatchet plan to set Nigerian doctors against the new administration of President Muhammadu Buhari by instigating NARD or NMA to declare a nationwide strike so that the government will be pressured to attend to their spurious claims of shortfall in 2015 personnel cost,” the union said.

The group did not disclose the identity of those behind the plot.

It pledged to support the administration and work towards improving healthcare delivery to the Nigerian people, to curtail foreign medical tourism.

The doctors warned hospital authorities in the country against selective implementation of directives from the federal government, with regards to the welfare of medical and health personnel.

The federal government had in January 2013 directed the full implementation of all agreements affecting doctors and non-doctors in all hospitals.

But the union said some hospitals selected the directives they implemented,in some case, excluding some medical and dental practitioners.

The association said it will seek justice where such discrimination exist.

The association called on the government to capture all cadres of hospital staff in the Integrated Personnel and Payment Information System immediately.

It also called for an immediate forensic personnel audit of all staff in all Federal/State tertiary hospitals and health institutions.

NARD also called on the government to review personnel proposal presented by all hospitals for 2015 budget.

It said the measure will determine the immediate and remote intent for such false proposals in personnel cost.

It suggested that any hospital management found to have any form of corrupt tendencies should be sanctioned appropriately.

“NARD resolves that the payment of 10 months arrears of 2014 to be made directly from the Office of the Accountant General of the Federation (OAGF) to individual beneficiaries by working closely with the NMA remuneration committee as we can’t trust most of the hospital managements in making such payments without creating unnecessary rancour,” the union said.

The association said it has come to the conclusion that strike actions in some hospitals are as a result of gross incompetence, misappropriation, maladministration, discrimination, administrative corruption and indiscipline on the part of the hospital managements.