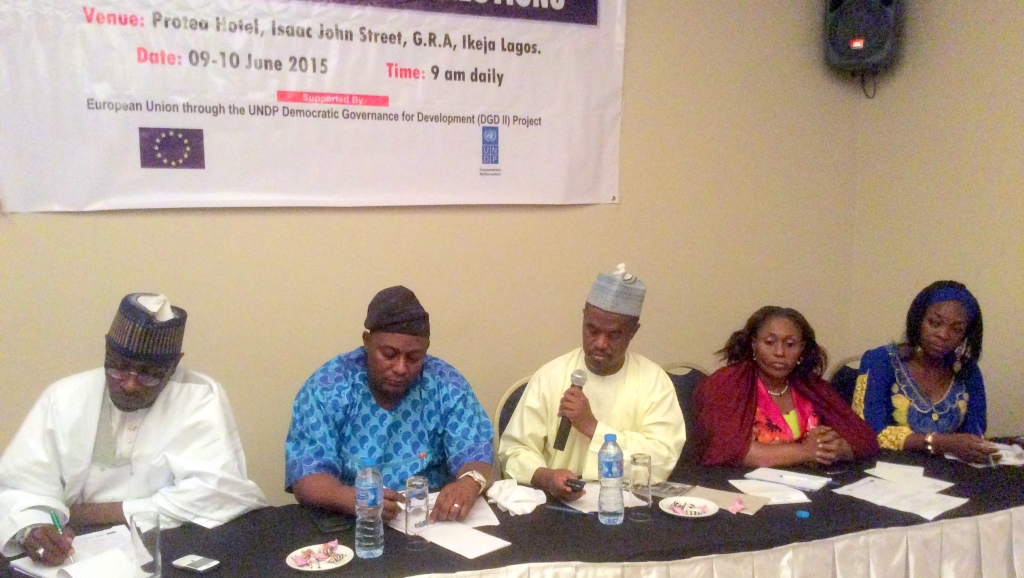 Groups urge INEC to use digital collation of election results

The groups made the call in a communique issued in Lagos this week, after a two-day meeting to review the 2015 general elections in Nigeria. The meeting was convened by the Democratic Governance for Development project of the UNDP with support from the European Union.

The performance of the media in the 2015 electoral process was also reviewed at the meeting, with the objective of documenting lessons learnt, best practices and challenges to provide unique points of entry for future interventions.

“The use of ICT – card readers and PVCs – significantly contributed to the integrity of the 2015 elections,” the communique stated.

INEC deviated slightly from its past use of paper and manual process of authenticating voters in the 2015 election, choosing instead to validate the electorate with a digital card reader. The card readers used bio-data loaded captured in electronic chips. The use of the card readers minimized duplication of voters and malpractices.

The digitized process was largely successful, with about four per cent failure rate, according to election observers.

Participants at the meeting called on INEC to extend the digitization to collation of election results.

Collation of results is an important node in the electoral process, and usually, with manipulations, result in inflated figures or errors.

“INEC should digitize the collation of election results and improve on its logistics management and contingency planning ahead of future elections,” the groups demanded.

The groups also demanded that INEC should decentralize and improve all its information and communication structures for better outreach.

“Key INEC technical staff should be retained to provide institutional memory,” the communique read in part.

The communique also made far reaching recommendations including a publicly funded independent media that will guarantee equal media attention to all parties in elections.

Nigerian govt. should sell off its oil equity — NEITI

Nigerian govt. should sell off its oil equity -- NEITI

South Africans, others, celebrate TB JOSHUA as he marks birthday