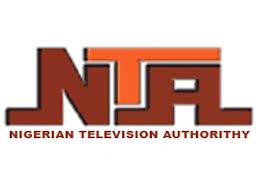 The Nigerian Television Authority has said it requires $15 million to complete its digitisation programme and N6 billion for total restructuring across Nigeria.

The director-general, NTA, Sola Omole, stated this on Friday in Tianjin in Beijing at a seminar on African digitisation.

The seminar, the fifth in the series, was organised by StarTimes, a telecommunication company in China.

StarTimes has a presence in Nigeria through its partnership with the NTA in its digitisation programme.

The forum had over 40 representatives from African countries including Nigeria.

It has as its focus, the challenges of digitisation and why most African countries will not meet the June 17 digital migration and switchover.

Mr. Omole said only four African countries had met the requirement and were ready for the switchover.

“As at now, over 97 per cent of African countries, including Nigeria, may not meet the June 17 deadline,” he said.

Mr. Omole said Nigeria started on a bright note but soon slowed down due to funding challenges.

“We made steady progress through the assistance of our partners StarTimes, but attention shifted to politics and there was lack of funds during the period which affected the programme,” he said. “It will be difficult to meet the June 17 switchover deadline because the structure on ground does not support it, though efforts have been made, there exists several gaps and challenges.”

The DG said the challenges affecting African countries were the same – funding and providing the structure.

“It is a capital intensive project replacing a whole package from analogue to digital and the training need. It is a complex situation,” Mr. Omole said. “Our organisation needs over N6 billion for restructuring because what we do affects so many agencies that depend on us directly or indirectly as an institution.”

Mr. Omole said the support from the organisation should not be the primary concern but proper funding and providing structure to complete the project.

The chairman of StarTimes, Xinxing Pang, said the digitisation project started in Nigeria in 2009.

He said his organisation had so far provided 15 high power transmitters in Nigeria through its partnership with the NTA.

“What remains is for government to support the project through funding and providing infrastructure for its completion,” he said.

He, however, pledged more support for NTA to complete the project.

Some Nigerian telecommunications officials who attended the programme blamed poor funding that resulted in abandonment of the project.

They also attributed lack of infrastructure for the country’s inability to meet the June 17 switchover deadline.

The officials, who spoke on the condition of anonymity, said that the project was compromised by the political era, which might have affected the deadline.

“We are not happy that we are in the same boat with small countries also struggling to meet the deadline,” they said.

Best ​African ​Artist​​ to get $1million at Kora Awards