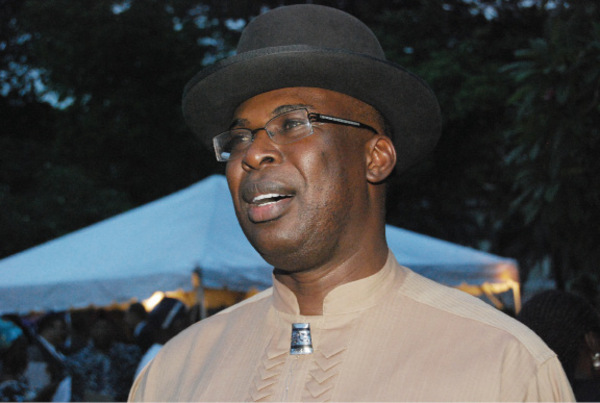 The case against Bayelsa state’s former governor, Timipre Sylva, has been adjourned till June 10 by a Federal High Court in Abuja.

Mr. Sylva was arraigned before Justice Ahmed Mohammed by the Economic and Financial Crimes Commission for alleged financial fraud.

The crime was said to have been committed between 2009 and 2012 under the pretence of using the withdrawn money to augment salaries of government workers in the state.

Before the case was earlier adjourned, the trial judge had fixed June 8 for ruling on two pending applications by the defendants challenging the competence of the charge and the jurisdiction of the court.

The counsel to Mr. Sylva, L. O. Fagbemi had brought an application before the court praying that the charges be quashed, while the counsel to the fourth accused person, Ajayi Olowo, in his own application, challenged the jurisdiction of the court.

Also EFCC’s counsel, Rotimi Jacobs, had argued that there was indeed a prima facie case against Sylva and his co-accused, adding that the court had jurisdiction to try the case since the offences committed took place in Abuja.

However, rather than give a ruling on Friday as expected, the case only came up for mention in court.

Mr. Mohammed said, “Hearing is already concluded, but certain issues have now come up, which will delay ruling as was expected.”

He said Monday’s adjournment was as a result of a letter dated June 1, 2015, which he received from Mr. Jacobs, stating that the prosecution was requesting to amend the charges against the former governor.

He said the content of the letter must be part of the proceedings.

“The case against Sylva before Justice E. S Chukwu of the Federal High Court had been withdrawn by the Director of Public Prosecution, DPP,” Mr. Mohammed said.

He added that the prosecution, according to the letter, intended to consolidate the charges against Mr. Sylva.