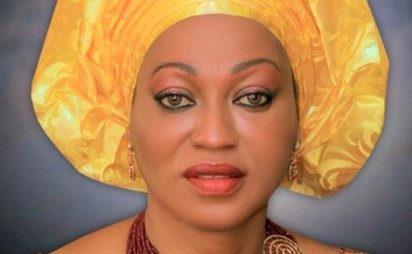 Groups back Tejuosho to become first female Speaker in Lagos

Several women groups in Lagos have thrown their weight behind Funmilayo Tejuosho as the next Speaker of the Lagos State House of Assembly.

In a joint statement, Sunday, the groups said the state is ripe for a female speaker.

“The time is ripe for the state to show it belongs among progressive and women-friendly states in the nation by ensuring the emergence of a woman as speaker of the state house of assembly,” they said.

Mrs. Tejuosho, a fourth term legislator in the soon to be inaugurated 8th Assembly, represents Mushin Constituency 1 in the state House of Assembly.

Mrs. Tejuosho had served as Deputy Chief Whip as well as Deputy Speaker in the Lagos House, and is currently the Chairman, House Committee on Finance.

As Deputy Speaker, however, she was impeached in 2009 over allegations of gross misconduct and violation of House rules.

But according to Abiola Akiyode-Afolabi, the Executive Director of the Women Advocates Research and Documentation Center, Mrs. Tejuosho is a top ranking female legislator with the desired educational qualification and background best suited for the job.

“Tejuosho has at several times supported pro people initiatives and laws in the house,” said Mrs. Akiyode-Afolabi, who is also the Coordinator of the State Gender Dialogue platform.

“A former Deputy Speaker, Hon. Tejuosho has chaired several committees including the Appropriation Committee during the last dispensation.

“In the twelve years she has spent in the parliament, Mrs. Tejuosho has shown exemplary leadership quality, is known for her diligence at her parliamentary duties and has been a shining light of the Assembly.”

Also, Olabisi Olateru-Olagbegi, the South West Coordinator of Women Empowerment Unit of the Federal Ministry of Women Affairs, said Mrs. Tejuosho is a two-time principal officer in the House and, as a result, is familiar with the rules, being one of the oldest in the parliament.

“Lagos is ripe for a female speaker and it will amount to gender discrimination if Tejuosho does not emerge.”

Kezaiah Awosika, the Executive Director of Women Law and Development Center (WLDCN), noted that the real change in Lagos would be a female Speaker of the House.

“Apart from the need for the Lagos State House of Assembly to elect a member who has no questionable character to lead the House to be able to deliver dividends of democracy with the new government, the parliament needs to live up to the dominant spirit of change of its majority party representation,” she said.

According to Olanrewaju Suraj, an activist, Lagos State needs “people with integrity” to lead.

“Hon. Tejuosho was the Deputy Chief Whip in 2003 and later became Deputy Speaker. She has integrity, honesty and the transparency needed to run the parliament and above all she has been trained on the job and has the desired experience to lead the house.”

In a related development, another group, the Nigerian Human Rights Community, has expressed strong support for Mrs. Tejuosho to clinch the number three position in the state.

In a statement signed Oke Omotoyinbo, the group urged Lagos lawmakers to “demonstrate the strategic role of Lagos in the heroic tradition of the global human rights campaign for gender equity.”

“This can be done by appointing a woman as the Speaker of the Lagos House of Assembly.”

According to the group, the post of a female Speaker is the strongest message that Lagos State could use to show its unflinching commitment to cultural and political advancement over the rest of the 35 states of the Federation.

“It’s a crucial opportunity that Lagos must not allow to slide away,” the group noted.

The group also stated that the choice of a woman as Speaker of the Lagos House of Assembly will further confirm real political empowerment for the huge women population in Lagos.

“Women are often used as entertainment and political objects during rallies and political talk shows. This is the time for the All Progressive Congress, (APC) to show appreciation for the huge number of voters it recorded among the women folk in the state,” adding that at present less than 10 percent of women are occupying critical political positions in Lagos.

“This is not good for the image of Lagos compared with Uganda which though is about half the population of Lagos State yet had over 25 percent of women in the parliament.

“The emergence of a female speaker in Lagos state has the potential of uplifting the political fortunes of Lagos in the realm of global reckoning.”