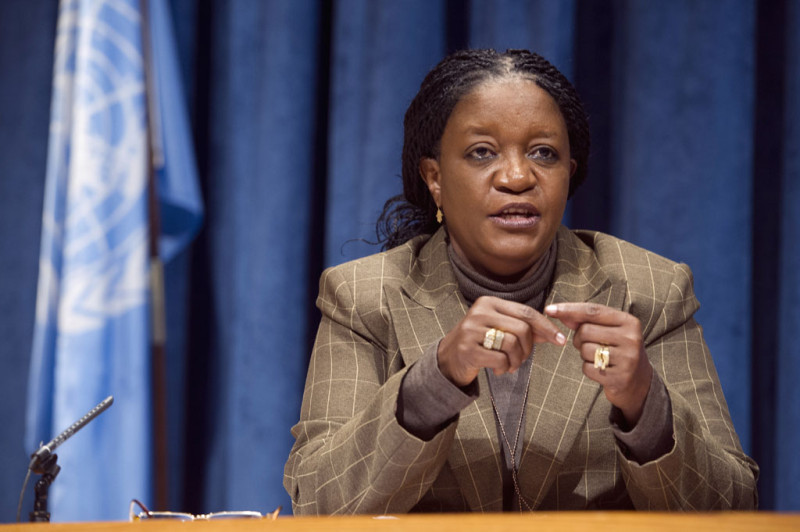 The UN Special Representative of the Secretary-General on Sexual Violence in Conflict, Zainab Bangura, on Wednesday decried the reported rape and forced marriages of female captives of Boko Haram.

Ms. Bangura, in a statement signed by her Office’s Advocacy and Women’s Rights Specialist, Letitia Anderson, lamented that one year after the Chibok girls abduction, many were still in captivity.

“Over a year since the extremist group Boko Haram abducted 276 teenage girls in Chibok, Borno State, in Nigeria, many still remain in captivity.

“I am appalled by reports that hundreds of the recently released female captives were repeatedly raped by Boko Haram militias and compelled to “marry” their captors.

“These latest revelations suggest that Boko Haram is not only destroying existing family and community structures but is bent on controlling their future composition.

“In order to give rise to a new generation raised in their own image, they are waging war on women’s physical, sexual and reproductive autonomy and rights.’’

She said sexual violence is not merely incidental, but integral to Boko Haram’s strategy of domination and self-perpetuation.

Ms. Bangura, therefore, renewed the UN’s call for the immediate release of the abducted women and girls.

“I reiterate my calls for all abducted women and girls to be immediately released from captivity and returned safely to their families.

“I call upon the Government of Nigeria, with support from the international community and local organisations, to provide medical and psychosocial care for those who have been impregnated.’’

Ms. Bangura also called for the provision of treatment for women and girls infected with Sexually Transmitted Infections and HIV/AIDs.

She urged the international community to adopt a coordinated response that would address the root causes of violent extremism in communities. (NAN)