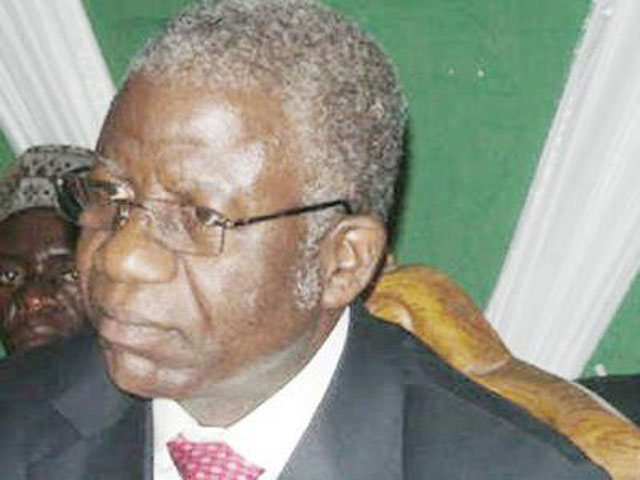 A former Head of Civil Service of the Federation, Steve Oronsaye, has advised Nigerians to be patient with the in-coming administration while it takes over the mantle of leadership on May 29.

Mr. Oronsaye said in an interview with the News Agency of Nigeria (NAN) in Abuja on Wednesday that although Nigerians had high expectations, they should not expect drastic changes from the in-coming government.

He called on Nigerians to support the administration because the government alone could not bring about the expected change.

“We should give the incoming government a chance. We should not just write them off.

“The expectations are high but all hands will have to be on deck. I believe that we have a chance to do things differently.

“All sectors including the media should play their parts in this onerous task of repositioning the economy.’’

Mr. Oronsaye, however, advised the President-elect, retired Maj.-Gen. Muhammadu Buhari, not to renege on his promises, considering that he was voted to bring about change.

Similarly, a former Minister of State for Health, Dr Muhammad Ali Pate, urged Nigerians to give the incoming government the opportunity to deliver on its mandate.

He, however, called on the Buhari-led government to focus on delivery rather than make mere policy statements on paper.

He explained that governments over the years had come up with policies that were never implemented for the benefit of the electorate.

“The incoming administration should focus on delivery; have the right priorities and get things done.

“We have lots of policies but we have not focused enough on implementation,’’ he said.

Also, a professor of Political Science and political analyst, Femi Odekunle, advised Mr. Buhari to stick to his principles.

He further advised him to build the confidence of the electorate in his government, stressing that Nigerians voted for All Progressives Party because of his personality.

The political scientist advised him against persons, who would pretend to be helping but actually bringing down his government.

Mr. Odekunle also advised Buhari to use his position to fight corruption and influence the ethos of the political class and the elite.

“We have a presidential system and the buck of everything stops at his table.

“So, the president-elect must realise that and not allow the elite to wear him down because at the end of the day, he will be held responsible,’’ Mr. Odekunle said.

He expressed optimism that Mr. Buhari “will put our collective interest over individual interest. If that occurs, then it is a good beginning.”