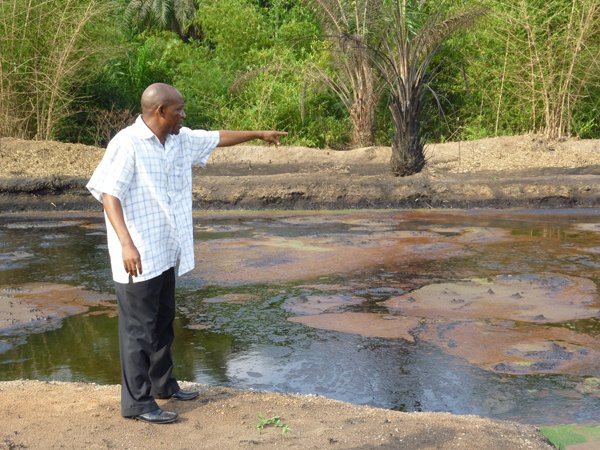 Some fishermen in the Niger Delta have urged president-elect Muhammadu Buhari to ensure the payment of recommended compensation to victims of Bonga oil spill when he assumes office.

The Coordinator, Artisan Fishermen Association of Nigeria, ARFAN, Niger Delta chapter, Samuel Ayadi, made the call in an interview with News Agency of Nigeria in Yenagoa on Sunday.

The spill which occurred in Bonga offshore oil field belonging to Shell Nigeria Exploration and Production Company, SNEPCO, discharged 40,000 barrels of crude into the Atlantic.

The pollution which occurred on December 20, 2011 and covered 185 kilometre along the Nigerian coast, compelled fishermen in the area to desert the sea.

The House of Representatives and National Oil Spills Detection and Response Agency, NOSDRA, had in December 2014, recommended payment of $3.96 billion compensation to the victims.

Mr. Ajayi said that the failure by the company to pay the recommended compensation had crippling effect on the fishermen in the region and urged Mr. Buhari to come to their rescue.

“We have not been able to get out of the problems of Bonga spill; more than 50,000 of our members were affected because we operate in the Atlantic Ocean.

“Our members lost their fishing nets and fishing gears.

“When the spill occurred the regulator directed us to suspend operations to avoid catching contaminated fishes.

“We complied and withdrew from fishing activities till cleaning-up was completed.

“Many of our members have been thrown out of business following that incident, which wiped out generations of fish from the waters.

“That is why Bonga fish which the facility is named after, is almost in extinction now,’’ he said.

According to him, the fishing sub-sector is often neglected in government’s policies on agriculture which the incoming administration should revitalise.

In a related development, the Bayelsa Government on Sunday decried the incessant pollution of its communities due to the exploitation of oil and gas in the state by multinational companies.

The government warned that any oil company whose operations resulted in the pollution of the environment would be made to face the consequences in line with the law.

The state’s Commissioner for Environment, Inuro Wills, made the warning in an interview with News Agency of Nigeria in Yenagoa.

He spoke shortly after he visited the Kolo Creek oil fields where a leak in the oil pipeline discharged crude into the farmlands and vegetation.

He said that the pipeline leak at the Kolo Creek manifold in Otuasega, Ogbia Local Government Area of the state, had contaminated the environment.

The commissioner said that the oil facility belonged to Shell Petroleum Development Company of Nigeria, SPDC.

He said that the state government had taken steps to ensure that the oil firm promptly cleaned up the impacted area.

“We will carefully consider what to do next whatever the cause of the spill may be, whether it is as a result of sabotage or equipment failure.

“There has to be consequences even if it is caused by sabotage because, clearly, there is a pattern of occurrence.

“Almost on a daily basis, there is one oil spill or the other in Bayelsa.

The commissioner maintained that government and the people of the state would no longer tolerate incessant pollution of their environment.

“The pollution at the Kolo Creek oil field is yet another demonstration of how oil and gas production is done in Nigeria, especially in the Niger Delta region.

“The activities of the oil companies threaten our environment; they put the health of our people in danger and destabilise the economy of the region,’’ he added.

He criticised the Joint Investigation Visit, JIV, a process currently adopted by oil companies and other stake holders in accessing oil spills, insisting that the procedure had outlived its usefulness.

The commissioner said that the state had begun an overhaul of JIV process to enable the participation of more stakeholders and make it more transparent.