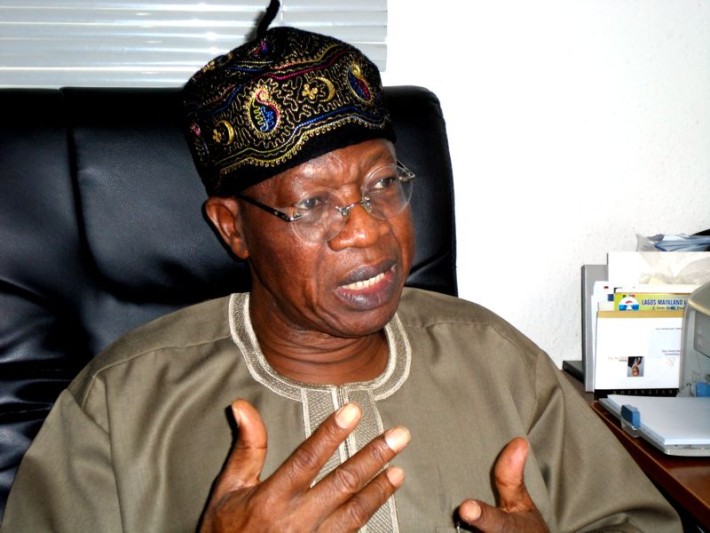 The All Progressives Congress has raised an alarm over the relentless scheming by the Jonathan administration and the Peoples Democratic Party to push for another postponement of the 2015 general elections.

The APC accused the PDP of trying to perfect a rigging plan in the interim and called for the imposition of global sanctions on whoever scuttles the polls.

In a statement issued in Dubai on Sunday by its National Publicity Secretary, Lai Mohammed, the party said the multi-pronged efforts to prevent the elections from holding as rescheduled include the use of some 23 portfolio political parties to seek a further shift in the election dates and the destabilization of INEC’s election plan through the orchestrated removal of its Chairman, Attahiru Jega.

It said the same 23 satellite parties of the PDP that were used to push for the six-week postponement of the elections have again started testing the waters by pushing for a further shift in the elections in the six-states of the North-east, ostensibly to allow the conclusion of the counter-insurgency battle and also to allow those displaced to return home.

“The plan is to use the same bogey of insecurity in the North-east to push for another postponement in the elections. The signs are ominous indeed. The body language of the President and his party does not support the holding of elections. They are mortally afraid of losing because the use of PVCs and Card Readers has thwarted their rigging plans,” APC said.

The party said while the 23 parties are pushing for the elections to be further postponed, the Jonathan Administration and the PDP are simultaneously forging ahead with their plan to remove Mr. Jega and replace him with a malleable acting chairman whom, they believe, will do their bidding.

“Once they remove Jega, his replacement will either seek more time to organize the polls or simply jettison the plan to use Card Readers, thereby opening the door for those who have been buying up PVCs to use them.

“Is it not interesting that the same Administration that has been flaunting free and fair elections as a key achievement has now gone for the jugular of the same man who organized those polls? Is the man they don’t want not the same person who organized the 2011 polls which the Administration has described as free, fair and credible? What has now gone wrong between them and their poster boy for successful elections?” the APC said.

APC warned that the consequences of another postponement of the elections would be dire indeed, as it would create a constitutional crisis capable of endangering Nigeria’s democracy and destabilizing the country in its entirety.

The party called on Nigerians, especially the civil society, to be very vigilant in the days ahead, as the cloud of uncertainty becomes thicker and the vultures begin to circle.

It also called on the international community to consider imposing stiff sanctions on key members of the Jonathan Administration if they force another postponement or scuttle the polls.

“We believe that Nigerians themselves bear the utmost responsibility for the success of their nation’s democracy and the survival of their country, and we commend those who have stood up to be counted in the ongoing battle to have free and fair elections.

“However, we also believe that the international community has a role to play in helping to check the desperadoes who are using the Laurent Gbagbo rule book as if it was made for them, and who will not hesitate to bring the whole system crashing down on all if that is what it will take for them to perpetuate themselves in power.

“Nigeria is too important to be toyed with or allowed to go under. For example, Nigerians make up more than 56 per cent of the estimated ECOWAS population of 300 million. A destabilized Nigeria, therefore, is a destabilized West Africa and, indeed, a hobbled Africa!

“That is why we believe a travel ban and tough economic sanctions from the international community against these agents of destabilization will be in order. This is a patriotic call,” APC said.

2015: PDP thanks Nigerians for support