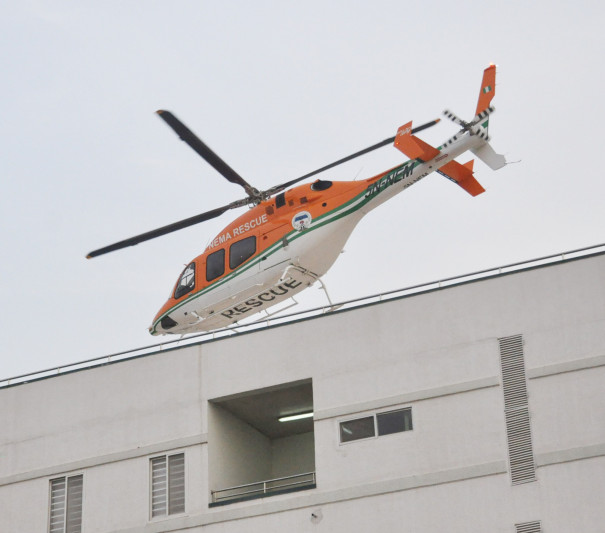 The airplane, which was launched at the Trauma Center of the National Hospital, Abuja, is for quick transportation of patients with emergency cases.

The Director, Research and Rescue of the agency, Ibrahim Mamman, said the project was part of the transformation agenda of President Goodluck Jonathan.

“The air ambulance can be used to transport patients with critical and traumatic health situation from anywhere the individual is,” he said. “As a matter of fact, the jet can go anywhere in the world; it has the mile range of 3000 miles.”

He also said that the project was a demonstration of the beginning of air ambulance in Nigeria.

The director said there were plans to expand the project to make other air ambulances available to all parts of the country.

Mr. Mamman commended the Director-General of NEMA, Sani Sidi, for championing the project.

Mr. Momoh said that the air ambulance was for easy evacuation of patients from any part of the country.

“The jet is to move patients from wherever they are in the country and still land at the appropriate time within a very short notice.

Mr. Momoh noted that the hospital had always had patients brought by road but that the jets would facilitate the transportation of patients by air.

He said the hospital is equipped with facilities to take the patients to the right wards where they could be treated.

Mr. Trower said the company was training NEMA staff for the period of nine months to enable them get conversant with the use of the air ambulance.

He lauded the government and NEMA for prioritising health-related issues in the country. (NAN)

We have surpassed 69.68 per cent PVCs distribution — INEC