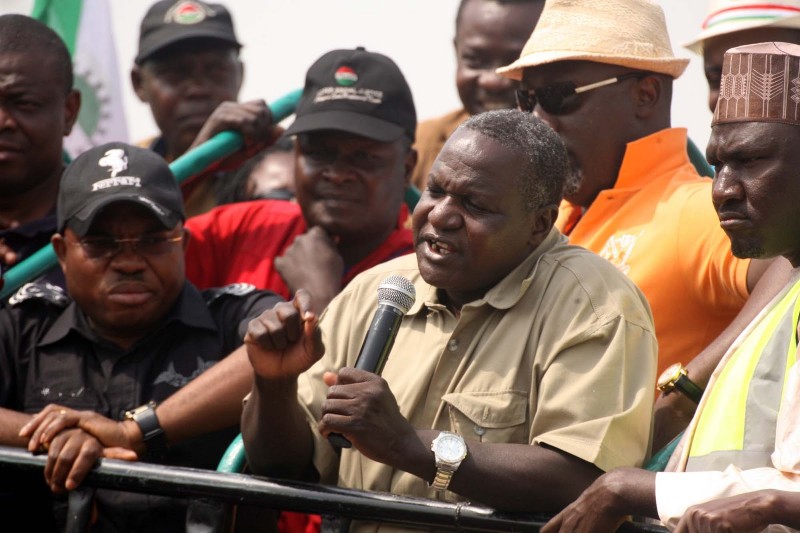 The 11th National Delegates Conference of the Nigeria Labour Congress was on Thursday abruptly disrupted as aggrieved parties hijack, and smash ballot boxes being used to elect incoming leaders of the organisation, the News Agency of Nigeria is reporting.

The International Conference Centre’s venue of the conference was thrown into confusion as delegates ran for dear lives after some aggrieved contestants and their supporters suddenly became violent, hijacking and destroying ballot boxes even while voting was still underway.

The Conference, which began Tuesday, was organised to elect new leaders for the country’s central labour union following the expiration of tenure of the current executives.

It is not clear yet how the event, which had been peaceful since it began suddenly descended into crisis, but the election for the President of the Union had created tension among delegates and split them along partisan lines.

After the disruption, the police took over the venue and delegates were sent away, ostensibly to protect the facility from being vandalised.

Labour leaders have now reconvened at the NLC headquarters in the Central Business District of Abuja for a meeting, scheduled for 1 p.m., aimed at resolving the logjam.

Meanwhile, the outgoing leadership of the congress which was not dissolved before the commencement of the voting process, has called for an emergency meeting of the National Administrative Council, to deliberate on the crisis and resolve it.

Peter Ozo-Eson, the General Secretary of the NLC and convener of the NAC meeting, told NAN that issues arising from the inconclusive election would be discussed.

As at the time of filling this report, the NAC meeting is still ongoing at the NLC headquarters

The National Executive Council (NEC) of the NLC would also hold immediately after the NAC meeting with a view to implementing the decisions reached.

Three candidates had put themselves forward to be elected as President Waheed Omar’s successor.