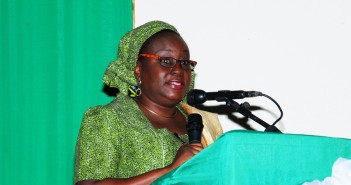 Nigeria’s Ministry of Information on Thursday denied claims that some foreign journalists have been denied visa by the Federal Government.

The Permanent Secretary, ministry of information, Folasade Yemi-Esan, in a statement said reports that foreign journalists were denied accreditation to cover the forthcoming general election are false.

Ms. Yemi-Esan said the report is a deliberate ploy by some politicians to smear the image of the Nigerian government ahead of the elections.

She said the Ministry of Information, following its mandate to create media access to report on Nigeria’s activities, has processed 300 applications from foreign journalists to secure visas into Nigeria for the election coverage.

She said hundreds of other applications received by the ministry are being processed at the moment, stating that those who could not secure visa from Nigerian embassies in their countries are probably those who did not follow due process to secure their accreditation.

Ms. Yemi-Esan appealed to journalists wishing to come to Nigeria to cover the elections to follow due process in securing the accreditation including the presentation of official correspondence from their organizations.
He said the journalists can also apply online using the email: epd@nigeria.gov.ng

The Committee to Protect Journalists, CPJ, on Tuesday called on Nigerian authorities to ensure that international journalists are allowed access to cover the country’s elections this month.

“The legitimacy of Nigeria’s election depends in no small part on whether the international press is allowed to cover it. We call on authorities to quickly cut through the red tape and approve visas and accreditation for foreign journalists,” Peter Nkanga, CPJ’s West Africa representative had said.

One feared dead at APC campaign in Lagos