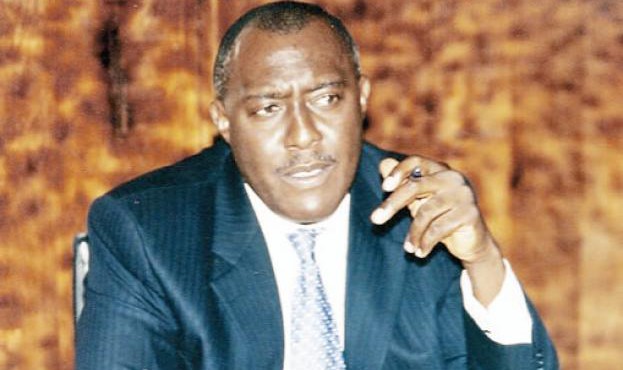 The Peoples Democratic Party, PDP, has described as laughable and diversionary, the recent statement by the All Progressives Congress, APC, “wherein it made a failed attempt to launder its poor image by trying to tutor on issue-based campaign, which it has blatantly refused to practice.”

The PDP noted that while it has been showcasing its numerous achievements in all the sectors of national life, the APC has on the other hand dwelt on propaganda, political mudslinging and empty promises to the people.

The PDP National Publicity Secretary, Olisa Metuh, in a statement on Tuesday said “it is rather hypocritical for the APC whose campaigns and press statements have centered only on insults, blackmail and attempts to caricature office holders, especially President Goodluck Jonathan to now turn round to accuse others of a despicable conduct for which it has become notorious.”

“It is indeed public knowledge that the PDP campaigns, press releases and utterances of our officials have always focused on issues that promote the development, unity and prosperity of our dear nation. This cannot be said of the APC which dwells on abuses, promoting of violence and posting of lies, ostensibly due to its lack of manifesto”.

The PDP noted that in keeping with its ideology and strict adherence to democratic tenets and good conduct, it has based its campaigns on record of verifiable achievements and roadmap for a more prosperous future in line with the visions of its founding fathers.

“For instance in the last four weeks, our press statements and rallies have focused on profiling the performance of our administration, showcasing to Nigerians with facts and figures, the achievements of President Goodluck Jonathan in key sectors of the economy, including education where we have ensured greater access to quality learning through special interventions such as the Back To School programme, the Almajiri system of education, establishment of new universities and a host of other programmes; in transport, where we have revived the railways and the inland waterways as well as the massive investments in road infrastructure and power.

“Also, we have been outlining our performance in health and agriculture, where we have achieved increased life expectancy and reduction in food import; in economy, where we have become the largest in African and the third fastest growing in the world with Nigerian private enterprises thriving in all sectors. This is in addition to our effort in ensuring the stability of our nation through strict adherence to the rule of law and guaranteed personal freedom, which Nigerians now enjoy.

“Similarly, President Jonathan has also focused on his achievements and laudable plans for the future to the admiration of majority of citizens who have also endorsed him for re-election. This is also the case in the campaigns of all other candidates of our great party across board.

“On the other hand, APC press statements and those of their leaders have always been laced with bitterness, insults and inciting comments, symptomatic of frustrated and disgruntled elements desperate for power.

“Nigerians have been witnesses to the stage antics and insults that have characterized APC rallies. Their messages have been those of hate, threats to peace and unity in addition to unleashing of thugs on innocent Nigerians.

“In all these, the PDP has refused to be distracted but rather maintained the high moral ground in our determination to ensure a united, peaceful and prosperous nation.

“The APC has failed to articulate any manifesto to back up its much orchestrated change slogan. They have failed to show in concrete terms how they intend to actualize the empty promises they have been making, thinking Nigerians will not see through their hollowness,” it said.

The PDP therefore charged the APC to rather purge itself, heed the advice of Nigerians and the international community and change its politics of bitterness and desperation.