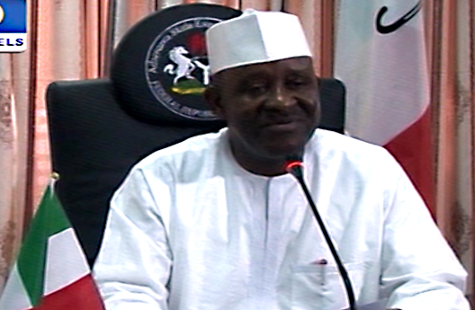 A former acting governor of the Adamawa State, James Barka, has defected from the Peoples Democratic Party, PDP, to the All Progressive Congress, APC.

Mr. Barka, who was also former speaker of the state House of Assembly publicly announced his defection to APC during the party’s campaign tour in Ganye.

Mr. Barka confirmed his defection to PREMIUM TIMES via telephone.

“Yes, it is true I have dumped the PDP for good,” he said. “The party’s leadership at the national headquarters has no regards for members particularly in Adamawa. PDP is a party operating with tenets of impunity and no single iota of truth can be found in PDP. I am not here to contest for anything but to let the world known that it is in APC you can see justice, fairness, truth and equal treatment.

“APC is the only party for the general masses. I left the party (PDP) of political betrayals and tyrants I am now in a party of my choice which I believe is the party with a good manifesto to change the country.”

Mr. Barka contested and lost the gubernatorial primary of the PDP.

Obasanjo wants #BringBackOurGirls campaign on till girls are found