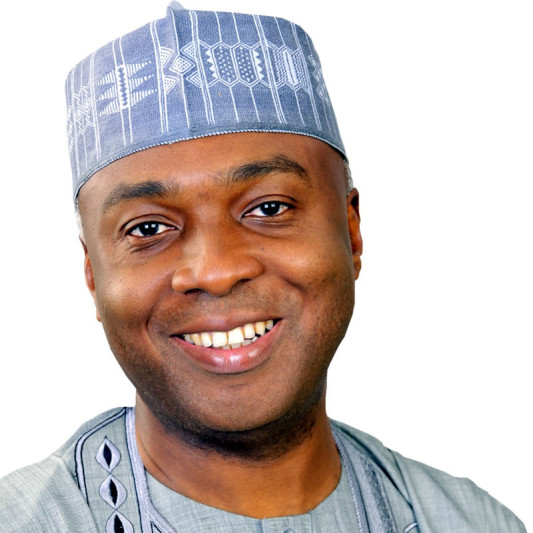 Former Governor of Kwara State and current Senator representing Kwara Central at the National Assembly, Bukola Saraki, has congratulated Yemi Osinbajo on his emergence as the Vice Presidential candidate/running mate of Muhammadu Buhari under the All Progressive Congress, APC.

In a statement Wednesday, Mr. Saraki said the emergence of Mr. Osinbajo – “a Professor of Law; a well-ranked academician; a Senior Advocate of Nigeria, SAN; and a committed Pastor of unquestionable integrity from South-West Nigeria further attests to the commitment of the All Progressive Congress to fairness and equality,” he said.

Mr. Osinbajo was presented Wednesday as the running mate to Mr. Buhari at the APC National Secretariat in Abuja by the presidential flag bearer, accompanied by the top hierarchy of the party.

Mr. Saraki also commended the National Leader of the APC, Bola Tinubu, “for the sacrifice and contribution to the development of APC and democracy in Nigeria”.

“No doubt, from his precedents as a forward-thinking Governor of Lagos State, and his profile as one of the foremost democrats in Nigeria, the people of the South-West and a large block of voters wanted Asiwaju as running mate to General Buhari,” he said.

Mr. Saraki said the South-West of Nigeria is known not to pay attention to religion but competence when picking candidates for positions, adding however that due to Mr. Tinubu’s belief in the Nigerian project, he made it clear that the country cannot ignore the current happenings that requires that the APC must take extra caution and be sensitive to every ethnicity and religion by picking a Christian candidate.

“Despite what has been reported on the pages of some newspapers, some of us privy to the happenings behind closed doors attest to the leadership role of Asiwaju Bola Ahmed Tinubu which led to the emergence of Osinbajo, an erudite scholar and a dogged advocate of the people,” he said.

Mr. Saraki also commended other leaders of the APC who he said, have continuously made sacrifices in the interest of the party and Nigeria at large.

“Leaders like Alhaji Atiku Abubakar, Alhaji Rabiu Musa Kwankwaso and Owelle Rochas Okorocha who on Thursday December 11, 2014 after the presidential primaries made similar sacrifices by pledging their support to General Buhari, contrary to speculations by naysayers that the APC would implode either after the primary or in the course of the nomination of it’s Vice-Presidential candidate.

“APC has once again demonstrated that national interests are paramount in the guiding principle of the party, as opposed to personal ambition,” he said.