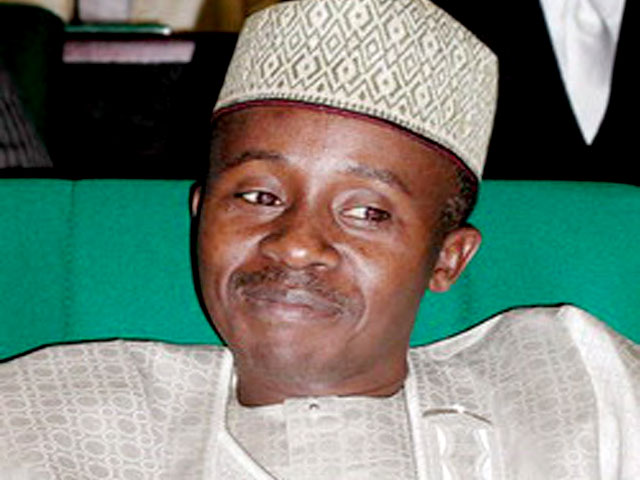 A former Chairman and Secretary of the House of Representatives Ad-hoc Committee on Petroleum subsidy, Farouk Lawan, and Boniface Emenalo, respectively on Wednesday failed in their bid to get an Abuja High Court to halt proceedings on the $620,000 bribe scandal.

The court, presided by Justice Adebukola Banjoko, had refused the application brought before her by counsel to the accused persons, Mike Ozekhome, pending the outcome of their appeal before the Supreme Court challenging an earlier decision of the Court of Appeal on jurisdiction of the lower court to entertain the matter.

The duo were arraigned by the Independent Corrupt Practices and Other Related Offences Commission, ICPC, on a seven-count charge bordering on allegations that they received a $620, 000 as bribe from the Chairman of Zenon Oil and Gas, Femi Otedola.

The bribe money was to enable the names of Mr. Otedola’s companies, Zenon Petroleum and Gas and Synopsis Enterprises Limited, to be excluded from the list of companies indicted for defrauding the Federal Government of over N2 trillion through the petroleum subsidy payments to marketers.

The court also granted an application for the release of the International Passport of Mr. Emenalo to enable him attend a conference outside the country.

The court, however, ordered that Mr. Emenalo should return his travel document to the court registrar on or before November 17, 2014 after returning from the conference.

The court’s decision to release Mr. Emenalo’s travel document followed a no-objection submission to the application by the prosecution counsel, Adegboyega Awomolo.

The Counsel to the accused, Mr. Ozekhome had, on Tuesday told the court that the matter could not go on as there was a pending appeal before the Supreme Court challenging the decision of the Appeal Court on jurisdiction of the Abuja court to hear the matter.

But, Mr. Awomolo, while opposing the argument of the defence in favour of the stay of proceedings, reminded the court of its affirmative order to proceed with the matter irrespective of the pending appeal.