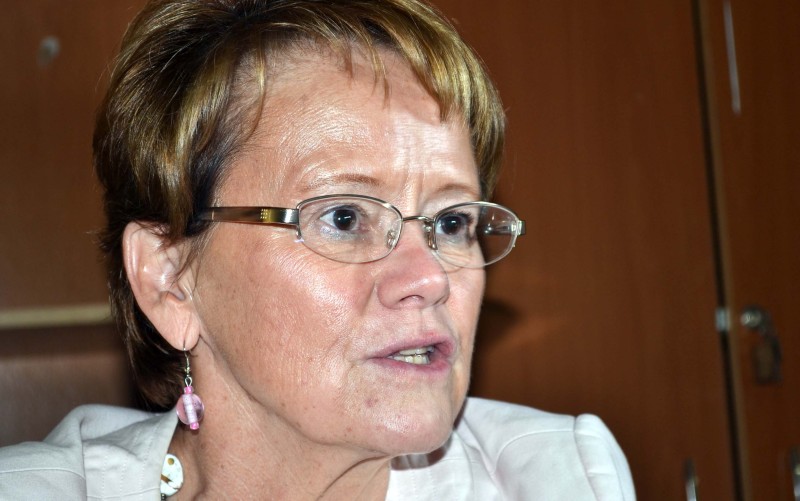 A top Canadian communication expert, Don North, has joined the faculty of the American University of Nigeria’s School of Arts & Sciences this Fall to teach in the Communications & Multimedia Design programme, the university has announced.

President of the university, Margee Ensign, announcing the arrival of Professor North at AUN, said that at this critical moment in Nigeria’s history, it is important to train communication students in investigative, objective news writing and multimedia skills.

Besides years of professional writing experience, North holds the Advanced International Reporting qualification of the Columbia School of Journalism, New York. In 1984, he was an Associate Professor of Journalism at the Ryerson College, Toronto, Canada.

A veteran documentary filmmaker, Professor North has participated in training journalists for the Voice of America in Serbia, Afghanistan, Indonesia, and Montenegro. In 1996 he was sent to train journalists in Bosnia from the Institute for War and Peace Reporting, London. He has worked for the ABC News and NBC News and has filmed, produced, and directed more than 30 documentaries/TV programs.

In 2005, Professor North won the Best of Show at The Aurora Awards, with his documentary “Remembering Saddam,” and subsequently won Best Reporting Award at the Overseas Press Club. At the New York Film Festival, he won a Gold Medal with his “Time of the Jackals.” At the Berlin Film Festival, he won the Gold Medal for another of his works, “Siege of Beirut 1982.” In print, North told the story of his own career in Inappropriate Conduct: Mystery of a Disgraced War Correspondent.

At a welcome dinner with senior management and faculty at the President’s house, Professor North reflected upon his professional principles, emphasizing that every story should be factual and checked. He also reflected on a quote from media guru and Canadian communication scholar Marshall McLuhan who said, “I have deep and abiding belief in man’s potential to grow and learn, to plumb the depths of his own being and to learn the secret songs that orchestrate the universe. We live in a transitional era of profound pain and tragic identity quest, but the agony of our age is the labor pain of rebirth.”

In the words of the Dean School of Arts & Science, Dr. Idorenyin Akpan, “Don North is an indispensable asset.”
Students of the American University Nigeria and Earlham College in Indiana, the Unites States, participated in a joint course on Peace Journalism for the spring semester of 2014. The course is a project of the Global Liberal Arts Alliance (GLAA), an organization of 25 colleges and universities in 13 countries, dedicated to strengthening liberal arts and science education through the exchange of experience and the development of mutually beneficial programs. It was founded by The Great Lakes Colleges Association with funding from the Christian A. Johnson Endeavor Foundation and Andrew W. Mellon Foundation.

AUN’s writing for the Mass Media students are working collaboratively with Peace Journalism students at Earlham College, a well-known and distinguished institution in the US, to cover stories on minority rights and youth disenfranchisement in Nigeria and the US. The collaboration is the first of its kind for AUN and is expected to pioneer several other joint projects between universities globally under the umbrella of the GLAA.