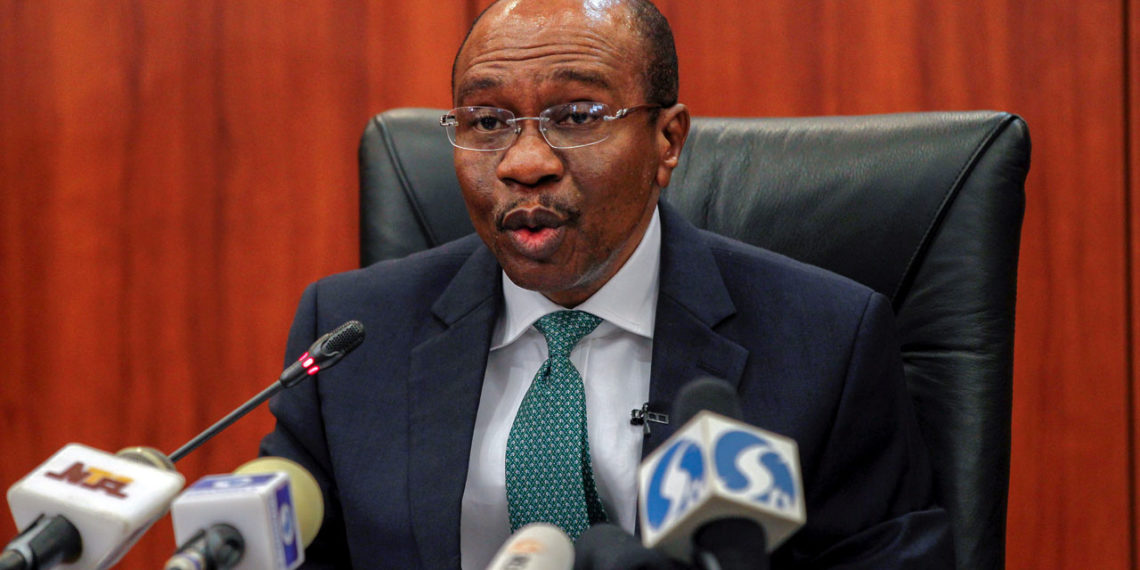 In November, Mr Emefiele said previous increases in rates were beginning to yield results and there was a need to keep tightening

As the Monetary Policy Committee (MPC) of the Central Bank of Nigeria (CBN) meets for the first time this year, key monetary policy issues are expected to dominate discussions amid uncertainty over the fate of the embattled governor of the apex bank, Godwin Emefiele.

The two-day meeting begins Monday in Abuja and is expected to be chaired by Mr Emefiele, who recently returned to Nigeria after leaving the country under controversial circumstances.

The apex bank governor is currently in the eye of the storm as concerns over his arrest by operatives of the State Security Service (SSS) heightened upon his return last week. Mr Emefiele is being investigated on several allegations, including corruption and terrorism financing.

Last Monday, there was confusion at the bank’s headquarters in Abuja as Mr Emefiele resumed duty weeks after he left the country. While reports claimed that SSS operatives invaded the headquarters of the CBN and took over the office of the embattled governor of the apex bank, the secret police debunked the claims.

Later in the week, the CBN governor met with President Muhammadu Buhari at the State House in Abuja but declined to speak with journalists about his ordeals after the meeting.

As the MPC meets on Monday, the apex bank is expected to deliberate on key issues including inflationary pressure, interest rate concerns, and the naira redesign policy, among others.

At the last MPC meeting held in Abuja, the CBN raised its benchmark lending rate to 16.5 per cent in a sustained push to control inflation and ease pressure on the naira.

Nigeria has struggled to contain its upward inflationary trend in recent years.

Driven by a number of factors including rising energy prices, skyrocketed food prices, flooding, insecurity, and related concerns, the nation’s inflationary pressure has not only impacted consumers directly but has driven up the cost of production for manufacturers.

In December, the nation’s statistics bureau said Nigeria’s s inflation figure dipped to 21.34 per cent from 21.47 per cent in November after 10 straight monthly increases.

Also, food inflation which is one of the driving forces of Headline Inflation dropped to 23.75 per cent in December from 24.13 per cent a month earlier.

While the inflation rates dropped, prices of items have remained high amid weakening purchasing power on the part of the consumers.

At the last MPC meeting, Mr Emefiele said previous increases (of the benchmark rate) were beginning to yield results and there was a need to keep tightening.

It remains unclear if the MPC will again tighten or hold the rate at the end of the ongoing meeting.

While some experts have argued that increasing the rate can help to further curb inflation and stabilise the naira, others said that it can negatively impact economic growth and make borrowing more expensive for businesses and consumers.

In a note sent to clients at the weekend, analysts at Cordros Securities noted that they expect the MPC to assess the domestic and global economic environment in the context of developing key economic and financial indicators since its last policy meeting in November.

“In our view, the MPC is likely to be concerned about the pressure on the domestic economy, given the slow growth recorded in Q3-22, more so that the manufacturing sector posted its first contraction since Q4-20.

“Moreover, inflationary pressures remain intact, although the slight ease in December will likely be welcomed among the Committee members. Elsewhere, the prospect of global central banks embarking on smaller interest rate hikes could also influence the MPC’s decision to tow the same line amid concerns about the domestic economy.

“Thus, we expect the MPC to opt for smaller rate hikes in the short term, given the build-up of pressures in the local economy and as the risks of overtightening come to the forefront of policy discussions. Consequently, we expect the Committee to increase the MPR further by 50bps – 100bps and retain other policy parameters.”

As concerns over the newly redesigned naira notes continue to dominate public conversations, the MPC is equally expected to make certain interventions on the issue.

Since the notes were introduced, many Nigerians on social media have expressed reservations about the circulation of the new units. While many claimed that they are yet to see the new naira notes, others complain of hoarding on the part of the deposit money banks even as the January 31 deadline for the rejection of the old notes approaches.

Last week, as part of measures to deepen circulation, the CBN warned banks to load their ATMs with the new notes and threatened to sanction erring banks.

Meanwhile, the Nigeria Governors’ Forum (NGF) at the weekend set up a six-member committee to engage the Central Bank of Nigeria (CBN) to address anomalies in the country’s monetary management and financial system, especially in the issuance of new Naira notes.

The committee, according to a communique signed by NGF Chairman, Aminu Tambuwal of Sokoto State, is chaired by the Governor of Anambra State, Charles Soludo, with governors of Akwa Ibom, Ogun, Borno, Plateau and Jigawa states as members.

The governors said that while they were not opposed to the objectives of the Naira redesign policy, the apex bank should consider the peculiarities of households and states, especially pertaining to financial inclusion and under-served locations.

As the MPC makes its pronouncements Tuesday, these and numerous other key issues are expected to be addressed at the meeting.

Police speak on beheading of council chairman in Imo