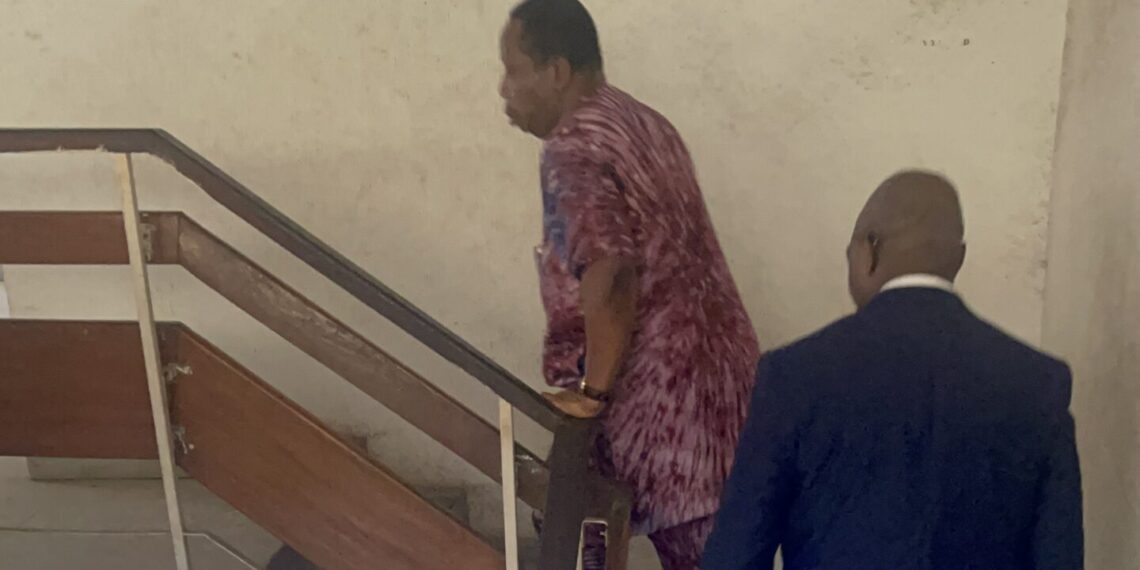 The anti-graft agency said the Speaker and one Oladayo Samuel, Adeyemo Adedeji Taiwo, and Adeyanju Nimota-Amoke laundered over N2 billion of public funds among themselves.

For the second time since his arrest by the Economic and Financial Crimes Commission (EFCC), in Lagos, the trial of the Speaker of the Ogun State House of Assembly, Kunle Oluomo, has again been adjourned.

Mr Oluomo was first docked before the Federal High Court in Lagos where he secured bail after he was arrested by the anti-graft agency at the airport last September. The case was later transferred to Ogun State.

On Monday, the trial was postponed again with no formal reason given publicly. When asked for the reason for the postponement, one of the EFCC lawyers who did not wait to give his name said, “the registrar will tell you the reason.”

An official of the court, who asked not to be named, however, said the trial was postponed because the presiding judge, Joyce Abdulmalik, said she was ill.

The adjournment was quietly communicated to lawyers and other parties by court officials around 10:42 a.m.

Earlier, the Speaker arrived in the courtroom at about 8:30 a.m.

Mr Oluomo and three others are facing a nine-count charge of corruption, and embezzlement to the tune of N2.9 billion.

TheEFCC said the Speaker and the three others – Oladayo Samuel, Adeyemo Taiwo and Adeyanju Nimota-Amoke – laundered over N2 billion of public funds among themselves.

The EFCC further said the act is against the provision of Sections 18 (a), 15 (2) (d) of Nigeria’s Money Laundering Prohibition Act and is punishable under Section 15 (3) of the same Act.

The anti-graft agency has also quizzed and charged the speaker for another missing N900 million public funds allegedly embezzled by the defendants.

The fueling stations, including two owned by former President Olusegun Obasanjo, and former Speaker of the Assembly, Suraj Adekunbi, have written the EFCC and described the receipts as fakes.

In defence of neoliberal economics, By Uddin Ifeanyi