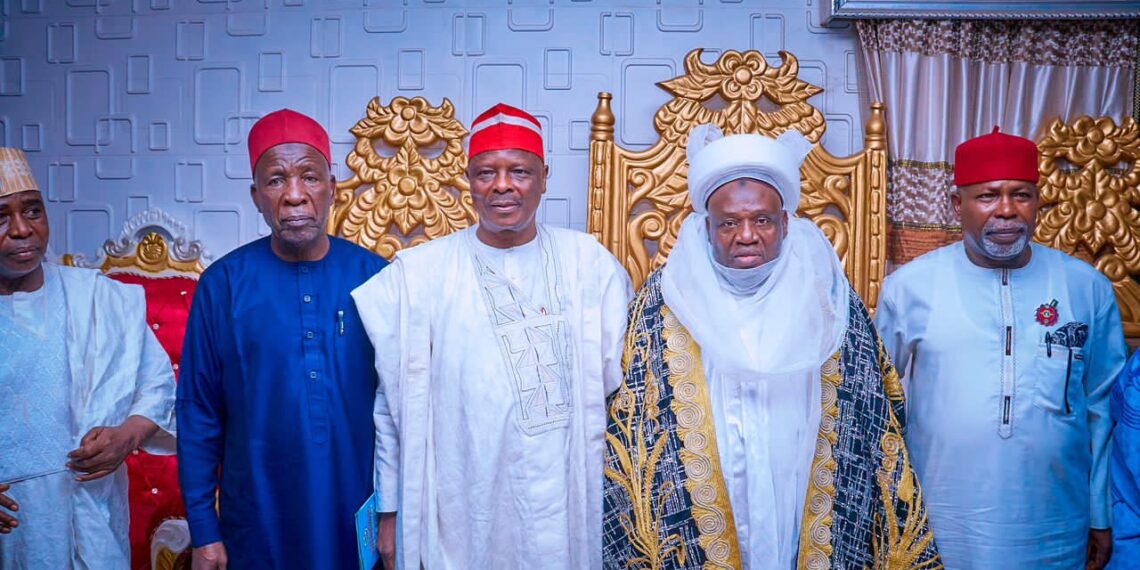 2023: As his popularity surges across Nigeria’s North-west, can Kwankwaso shock rivals

Kwankwaso's Talakawa policies have endeared many residents of the North West to his political movement.

Shahidu Anka believes his party’s – the New Nigeria Peoples Party (NNPP) – presidential candidate, Rabiu Kwankwaso, has what it takes to be the next president of Nigeria.

So strong is Mr Anka’s conviction that he quit his civil service job to join the growing recruits of Mr Kwankwaso supporters across northern Nigeria.

“We have a candidate we can defend. Someone we know has less political baggage than the other presidential candidates,” Mr Anka told PREMIUM TIMES.

Mr Kwankwaso, a former governor of Kano State and an ex-minister of defence, is not new to politics but the party he chose to run under is. This means unlike the two leading parties – the ruling All Progressives Congress (APC) and the main opposition party, the Peoples Democratic Party (PDP), the NNPP lacks the reach, structure and perhaps the resources to tussle in every arena.

Though the NNPP says its reach extends all over the country, it has focused its attention on the country’s North-west region, Nigeria’s highest voting region, where it is most competitive.

Though he was at one time or another, a top member of both parties, to many of his supporters, Mr Kwankwaso is a deviation from the corrupt status quo, which the APC and PDP represent.

In 2015 Mr Kwankwaso contested to become the APC presidential candidate but lost to President Muhammadu Buhari. But Mr Kwankwaso, who was the runner-up during the primary, said it helped to catapult him into national reckoning.

Similarly, he contested to become the PDP candidate in 2019 but lost to Atiku Abubakar, who is yet again the candidate of the main opposition party.

He left the PDP and joined the NNPP last March after he lost out in a tussle over the control of the zonal structure of the party to the Governor of Sokoto State, Aminu Tambuwal.

So is Mr Kwankwaso’s charisma that in less than a year after he joined the NNPP he has transformed the party into the main opposition party in his native Kano State. In that period, he has also shown naysayers who said his influence only ends in Kano, that his appeal transcends the commercial centre of northern Nigeria.

So, what makes Mr Kwankwaso tick?

He is considered by many as one of the best governors the state has had in terms of infrastructural development. Kano State governor, Abdullahi Ganduje, his arch-rival, attested to the fact that he and Mr Kwankwaso are the “architects of modern-day Kano State.”

Mr Kwankwaso’s administration also sponsored hundreds of students from Kano to study abroad, this has particularly endeared him to young voters in the city.

“Here in Zamfara State, they’re a lot of beneficiaries of his educational policies. When we see them, we feel happy. The reality is that Kwankwaso has done a lot for the North-west because it was not only Kano State that benefited,” Mr Anka said.

A resident of Katsina, Abdullahi Dandagoro, said he would vote for Mr Kwankwaso even if he would not win.

“Kwankwaso will not win because ‘they’ will not allow him to win,” he said. “But my vote is for him because he is a true leader. When you look at what he achieved in Kano, no governor in the North has done that. Yes, Nasir El Rufai (Kaduna) has also done well but Kwankwaso is far ahead,” he said.

There is also the belief that Mr Kwankwaso is the candidate of the masses. Some of his supporters liken him to Aminu Kano, the Second Republic leader of the Northern Element Progressives Union (NEPU) and Peoples Redemption Party, (PRP).

But Mr Kwankwaso himself takes pride in the “good works” he has done for the masses in Kano.

“One of my most telling legacies as governor of Kano is in the vast improvement in the human capital of our people. I have fond memories of thousands of our citizens benefiting from scholarship opportunities to advance themselves in major and specialized courses that include Engineering, medicines, aviation and the like,” he tweeted.

“This is what we intend to scale at the national level which will definitely end the present educational backwardness. We should bring our students back to their classrooms, thereby preventing incidents like the recent blockage of airport access roads by these students.”

Abdullahi Namama, a Kano resident told PREMIUM TIMES he decided to support Mr Kwankwaso due to the capital projects he constructed in Kano when he was governor.

“Kwankwaso’s track records are too obvious to be ignored. He transformed Kano to the point where everyone in or coming to the state could see it. He doesn’t need to ask you “to go and verify” because, unless you are blind, sunlight doesn’t require your verification,” he said.

Aside from his Kano, Mr Kwankwaso has also been reaching out to the grassroots in the remaining six states. In the last few weeks, he has been on the road to Jigawa, Katsina, Zamfara, Sokoto, Kaduna and Kebbi.

The North-west is predominantly Hausa and Fulanis and one strategy that Mr Kwankwaso has adopted is visiting traditional rulers when he visits states. In all the North Western states that he has visited, Mr Kwankwaso has visited one or two monarchs including first-class emirs.

“This will no doubt help him get a kind of acceptability because the Northerners, despite everything still respect their traditional rulers. You and I know our people respect those Emirs and District Heads more than the governors. In most cases, it’s the monarchs and religious scholars that show the way when elections come,” a political affairs analyst, Saifullahi Kuraye, said.

That has also taken his campaign beyond the Nort-west region. The party is gaining grounds in the North-east and the North-central, at least, the recent outings by the party leader in those two regions have testified.

The party launched its campaign in Bauchi. The APC and PDP are the main contenders in the state, but Haliru Dauda-Jika, the leader of the NNPP in the state, is not a pushover.

The region, with seven states, is considered to have the bulk of votes in the country. The region has 22.25m eligible voters for the 2023 elections, according to the Independent National Electoral Commission INEC, ahead of other regions. Kano, Mr Kwankwaso’s strongest base, has 5,921,370 eligible voters.

While Mr Kwankwaso is focusing his energy on the North-west in particular and the North in general, the region is known to be Mr Buhari’s stronghold but supporters of the former governor believe he has what it takes to win the region.

North-west has seven states six of which are all under the APC while one is being led by the PDP. The NNPP has House of Representatives members and a House of Assembly specifically in Kano.

Since Mr Buhari, who is considered to have the greatest support of residents of the region, is no longer contesting, the contest will be open to all and Mr Kwankwaso, being from the region, has an edge over others.

Bola Tinubu, the presidential candidate of the APC is banking on Mr Buhari’s support. However, that is not assured because it is hard sometimes to transfer loyalty.

Winning Kano alone, will propel his chances of winning the region. His candidates in Katsina and Kaduna, two states that usually command huge votes, are also not relenting in their campaign to sway more voters for the NNPP.

The party Chairman in Katsina state, Sani Liti, during a local radio programme, bragged NNPP would win the state because the APC has failed.

“When you look at it, the APC has created a hunger in all households in the state and beyond. There is insecurity and unemployment among the youth. It said about the party and its government. We’ve been dragged backwards by this administration and I can say the Hausaland had never witnessed anything worse than this,” Mr Liti said.

Mr Liti has a point to prove. The state, being Mr Buhari’s own, is where Mr Tinubu of APC is expecting huge votes but Mr Kwankwaso has foot soldiers ready to make sacrifices.

Why Kwankwaso may change the narrative

A senior lecturer at the political science department of Musa Yar’adu’a University Katsina, Jamilu Abdussalam, said two factors could give Mr Kwankwaso the upper hand against his seemingly bigger rivals.

“Kwankwaso is one of the popular politicians in the country and he is from the region. He has influential politicians rooting for him, especially in his native Kano State. These people are key players in deciding the outcome of elections.

“Two, the elections here are no longer about massive movement. We’ve seen that in 2015 and 2019 which gave Buhari the upper hand. There is a difference now. This massive movement has been destroyed because people believe they have been deceived. I’m sure the outcome will surprise many people” Mr Abdussalam said.

But the academic believes Mr Kwankwaso may not win the region but would possibly win his state.

He said though Mr Kwankwaso’s membership of the NNPP has brightened the fortunes of the party, the NNPP needs time and resources to become as entrenched as the PDP and APC.

“And you know money plays a key role in elections and APC and PDP have more money than the NNPP. So, the possibility of Kwankwaso winning the whole zone is very limited but he can definitely get votes,” he said.