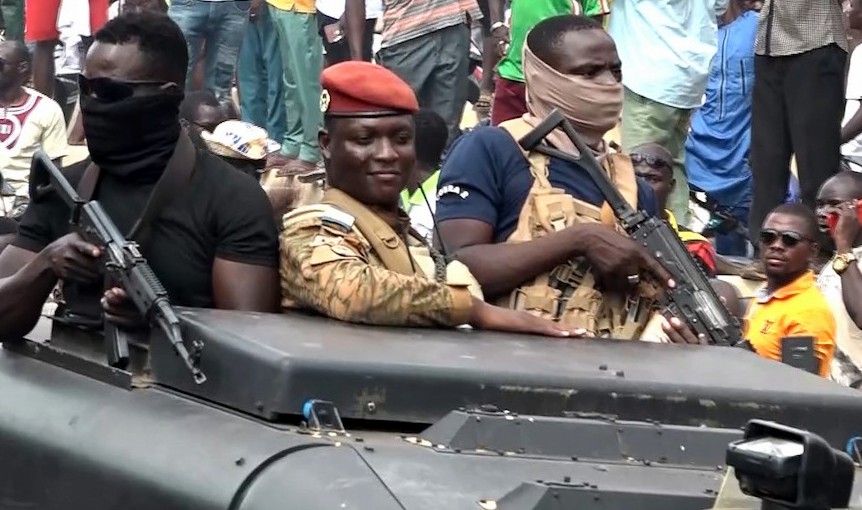 Without proper supervision and control, the use of 50 000 armed civilian auxiliaries by the Burkina Faso government could aggravate security problems.

Fifty thousand Burkinabe civilians have joined the Volunteers for the Defense of the Homeland (VDP) to fight the violent extremists currently occupying nearly half of the country. The recruitment campaign, launched in October 2022 by Burkina Faso’s authorities after the 30 September coup, ended on 18 November. More than 90,000 applications were received, and those selected will undergo 14 days of military training.

The military authorities intend to assign 35,000 VDPs in their residential communities and the remainder alongside the country’s Security and Defence Forces nationwide.

The use of civilian auxiliaries to support the security forces in the fight against terrorism has been tested since 2020 under Roch Marc Christian Kaboré, who was ousted as president in last year’s January coup. The civilians intervened mainly in the Kaya (North-Central), Ouahigouya (North) and Fada N’gourma (East) regions.

Captain Ibrahim Traoré, the new president of the transition, has made recovery of the territory lost to violent extremists his priority, as did Paul-Henri Damiba, who Mr Traoré overthrew in September. While Mr Damiba considered dialogue with terrorists, Mr Traoré seems to be focusing on military action based on the concept of popular defence. This approach is a reminder of the 1983 establishment of the Committees for the Defence of the Revolution under Thomas Sankara.

Mr Traoré has called for the mobilisation of all Burkinabe in addressing terrorism. He has increased engagement with national actors, including the various components of the armed forces, the VDP and representatives of political parties and civil society organisations. The president also noted the need for unity and effective collaboration between the security forces and the VDP. Mr Traoré also invited citizens to participate in the war effort by making in-kind or cash contributions.

In addition, a recruitment campaign of 3,000 soldiers and 1,400 gendarmes was launched in November 2022 to reinforce the Security and Defence Forces. The National Theatre Operations Command has also been reorganised. This structure, created in February 2022 to coordinate military operations and linked to the transitional president, is now under the authority of the commander of the armed forces.

Measures to reorganise the armed forces have also been taken. The aim is to widen their national coverage and counter the expansion of terror groups who have laid siege to northern towns such as Djibo, hindering the delivery of humanitarian aid. The number of military regions has increased from three to six to cover the Sahel, Boucle du Mouhoun and eastern areas, which are the most insecure. Two air force regions, six gendarmerie regions and six Rapid Intervention Battalions have also been created.

The decision to recruit civilians is receiving mixed responses. Some Burkinabe support it, while others oppose using civilians for a mission that the country’s soldiers could accomplish with better equipment and higher morale.

In some parts of the country, such as the Sahel region in the north, locals interviewed by the Institute for Security Studies said VDP recruitment had not taken place among all the communities. This could increase the risk of tensions and ethnic violence.

There are other concerns regarding the massive recruitment of VDPs. Are two weeks enough to train combatants? Does the country have enough arms and ammunition to equip the 50,000 recruits? What living and working conditions will they have?

Regarding supervision, will the Brigade of Vigilance and Patriotic Defense be able to control the numerous VDP groups scattered throughout the country’s 351 communes? Could inadequate supervision and human rights training not encourage abuses by the civilian auxiliaries?

Another concern relates to the future of the thousands of VDP recruits. They could serve as a pool for future recruitment of soldiers, but most are unlikely to be integrated into the army. The country might then be faced with a large number of uncontrolled armed civilians, which could worsen the security situation­. Planning is needed for their future demobilisation, disarmament and reintegration.

At this point, a precautionary approach would be to integrate the VDPs into the military and security forces. They should be supervised to ensure effective deployment and strict control of their behaviour during operations. A monitoring mechanism is needed to collect data on their actions, assess their effectiveness, and make the necessary real-time adjustments.

Government efforts to prevent violence and respond to the population’s socio-economic needs must resume, where possible. Authorities should also not lose sight of the potential gains of the dialogue started in April 2022 between community leaders and terrorist groups. The previous government endorsed this process to encourage combatants to leave violent extremist groups and reintegrate into their communities. Should the balance of power on the ground become favourable, discussions with community leaders could resume.

Burkina Faso’s new approach to violent extremism seems to stem from the failure of previous measures to tackle the security and humanitarian emergency. To be effective though, military strategies should not only seek to reclaim lost territory, but be part of a sustainable national stabilisation policy.

This article is published with the support of the Irish, Danish and Dutch governments and the Bosch Foundation.

One killed as Yoruba Nation agitators hold rally in Lagos