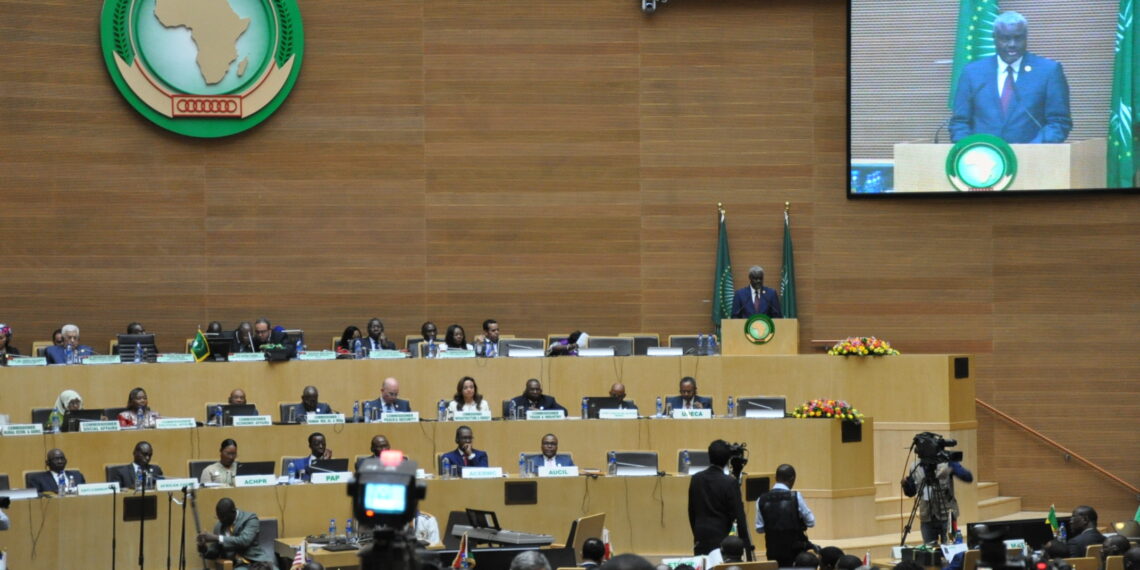 AU in 2023: Closing gap between intention and action

The African Union Peace and Security Council remains largely reactive and selective in the conflicts it tackles.

The Peace and Security Council (PSC) is among the African Union’s (AU) most dynamic and active organs. Since it was set up in 2004 to help prevent and resolve conflicts, the PSC has met over 1,120 times. Although its approach and scope have evolved substantially, the council still struggles with an overly selective agenda, poor early warning and a lack of follow-through on its decisions.

In the past five years, grave conflict situations such as those in Sudan, South Sudan, Somalia, Mali and the Central African Republic (CAR) have featured prominently on the PSC’s agenda. Region-wide challenges were also tabled, including political instability in the Sahel, Great Lakes and Lake Chad Basin. But despite the council’s focus on these areas, conflicts have worsened.

Other crises remain conspicuously absent from the PSC’s agenda despite their urgency and impact on Africa. Examples are the conflict in Cameroon’s Anglophone regions, which has claimed over 7,000 lives, Tunisia’s constitutional crisis, Libya’s civil war, and until recently, the war in Ethiopia. Election-related violence in Zimbabwe has never been included, and northern Mozambique’s insurgency, which started in 2017, only appeared on the PSC’s agenda last year.

The PSC has made statements on some of these issues but hasn’t taken any decisions. It seems unlikely that the five-year struggle in Cameroon and the unprecedented democratic recession in Tunisia under President Kais Saied will be discussed while the two countries are PSC members. Tunisia has one year left of its council term, and Cameroon has two.

Most PSC members are reluctant to see their country’s conflicts on the agenda. To avoid confrontation, the council prefers focusing on thematic issues and region-wide insecurity. It increasingly tables relatively new themes, such as the threat of pandemics, cybersecurity, emerging technologies and new media. While these issues are important, how can the AU – via its PSC – address country problems if it doesn’t table them?

Early warning to prevent crises and inform effective responses is also a vital function of the PSC, along with resolving conflicts, issuing sanctions for unconstitutional changes of government and authorising peace support operations.

Over the years, gains have been made in the AU’s deployment of military stabilisation missions in Burundi (2003) and Darfur and Somalia (2007). The continental body has also suspended the membership of military regimes in Togo, Mauritania, Madagascar, Niger, Egypt, the CAR, Sudan, Guinea, Guinea-Bissau, Mali and Burkina Faso. And it has used preventive diplomacy to deal with multiple conflicts across Africa.

The AU is committed to silencing the guns by 2030, despite failing to meet the initial timeline. With the deployment of peace support operations in the Lake Chad Basin and Somalia, modest progress was made in getting the African Standby Force off the ground. The AU also endorsed the Southern African Development Community Mission in Mozambique to counter the insurgency in the country’s north.

And yet the PSC’s approach remains more reactive than proactive. Member states’ invocation of their sovereignty is a significant obstacle. Deploying the African Prevention and Protection Mission in Burundi in 2015 showed the council could intervene in a crisis by invoking Article 4(h) of the AU Constitutive Act, which authorises its intervention in member state conflicts.

But pushback from PSC member country leaders and the mission’s cancellation weakened the council’s resolve to step into raging conflicts. The PSC has never again used Article 4(h), which has limited the AU’s capacity to respond. Instead, the council has relied on regional economic communities to fulfil this mandate in line with the subsidiarity principle that gives regions the first bite at the cherry.

The PSC’s biggest weakness, though is the gap between its many decisions and their implementation. The council did impose sanctions in response to attempted and successful military coups in Mali, Guinea, Guinea-Bissau, Sudan and Burkina Faso. By suspending these countries from the AU, the PSC registered its intolerance of unconstitutional changes of government and its commitment to the rule of law.

But its response to coups in Chad and Sudan revealed inconsistencies. The council’s May 2021 decision to endorse Chad’s military transition suggested a selective approach and a reversal of progress. Its 2019 suspension of Sudan is celebrated as its swiftest action to date. However, the PSC’s later endorsement of a power-sharing agreement with the coup leaders could be seen as contravening the African Charter on Democracy, Elections and Governance.

These contradictions cast doubt on the AU’s commitment to upholding its policies on good governance and democracy. Not surprisingly, Burkina Faso’s military staged another coup in October 2022 – the second in a year – raising fears that the renewed threat to Africa’s security won’t abate soon.

The PSC recently refined the AU roadmap to silence the guns and developed a monitoring and evaluation framework. It has also set up a PSC sub-committee on sanctions and a committee of experts. It can build on these gains through timely and proactive responses to Africa’s mounting security challenges.

This will require better capacity to prevent conflicts and to act swiftly when they arise. The PSC must also take on the controversial national situations that have been missing from its agendas. Equally important will be securing funding for counter-terrorism and speeding up the implementation of the AU’s May 2022 decisions on terrorism and unconstitutional changes of government. Regular follow-ups of how its decisions are being implemented are also vital.