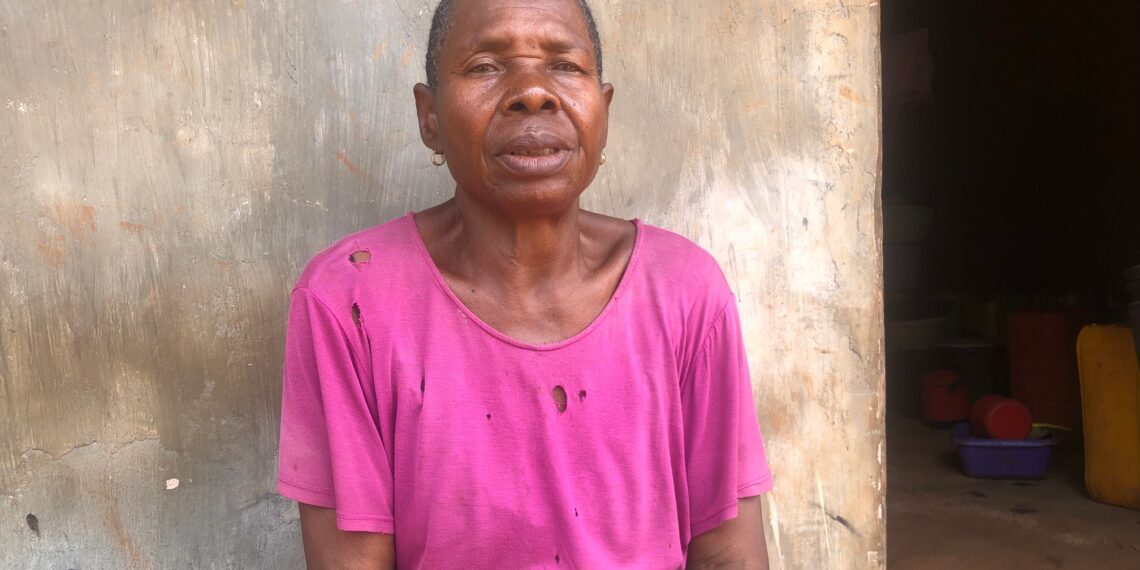 Mrs. Vero Bamidele (One of the affected Farmers)

Residents say attacks by suspected herders in Edo communities have forced farmers away from their farmland, with at least 15 communities under siege.

Osapkamwan Ogieriakhi spoke gently as he narrated how his brother, Eghosa Ogieriakhi, was murdered on his farm a year ago in Odighi community of Edo State.

“I still have fresh memories of the incident like it was yesterday,” he said. “It hurts afresh because he was a friendly fellow. He never looked for trouble, instead, he always found a way to keep us from one. He was the eldest and most hardworking, the breadwinner.”

After the attack, the killers, suspected to be herdsmen, set the family’s five-hectare cocoa farm on fire. Mr Ogieriakhi said after the incident, his father, siblings, wife and children fled the village. He vowed to stay back against his father’s advice.

“My father is old and cannot do much work again, my brother was our only hope, but they killed him and left us to suffer,” he said.

Dozens of families and farmers in Odighi community have suffered similar losses linked to attacks by suspected herders. Others lost their properties.

Seventy-year-old Uyi Bamidele is one of them. While the Ogieriakhis lost a son, Mrs Bamidele said she lost her crops on a 10-hectare farmland.

Like other women in the community, since the attacks began in 2020, she has not stepped foot on her farm. Instead, Mrs Bamidele cultivates maize on a small piece of land around her home. Women farmers have adopted this strategy for fear of being attacked by herders. The farmers said they feared being raped, abducted and killed.

“We haven’t been going to the farm for the past couple of months,” Mrs Bamidele said, lamenting that herdsmen killed some farmers and burnt farmlands, driving people out.

“Thank God for my brother’s land where I usually plant small corn and the little I am able to cultivate, I sell, and make something out of for my upkeep,” she said.

She said efforts by community leaders and residents to chase away the suspected herders have yielded little or no results. In April, after threats were issued to residents of Abumwenre camp in Ovia North-East, residents of Odighi in collaboration with some civil society organisations, took to the streets in protest, blocking access to the Lagos-Benin Road.

In the last decade, several rural communities in Nigeria have witnessed bloody attacks between pastoralists and farmers. The attacks are blamed on incursion of herders into farms.

Between 2005 and mid-2021, Nigeria lost at least 8,343 persons to the farmer-herder conflict, according to a report by the Armed Conflict Location and Event Data, a crisis mapping firm headquartered in the United States. Benue State recorded the highest number of deaths, followed by Plateau, Kaduna, Taraba, and Nasarawa. In the first half of 2018 alone, about 1,868 people were killed.

The federal government’s plan in 2019 to create settlements across the states for herders was widely criticized by Nigerians and the idea was shelved. The government later launched a 10-year National Livestock Transformation Plan in its bid to curtail the movement of cattle, boost livestock production and quell the crisis, but the full implementation of this is yet to be largely felt.

In several addresses to Nigerians, President Muhammadu Buhari insists his solution to the problem is the re-creation of cattle grazing routes, an option widely rejected.

Following the lead by other states, Edo State in August introduced a law banning open grazing of animals. Governor Godwin Obaseki said the legislation would end the crisis between herders and farmers.

The association’s general secretary, Usman Ngezerma, told PREMIUM TIMES he could not comment on the issue, and promised to put our reporter through to the national chairman. He did not do so after over three weeks.

Odighi is a community located along the Benin–Akure road in Ovia North East Local Government Area of Edo State with an estimated population of over 2,000 people. Residents are mostly farmers, hunters and local artisans.

Egbe Idahosa, a farmer who also sells crops from the village to buyers in major cities, said he has lost investment worth over N300,000 due to the crisis.

“Last year, I bought about 300,000 Naira worth of African star apple but I didn’t get to harvest or trade it because of the clash. My plantain and cocoyam farms were burnt after they were eaten by the cattle, so we stopped going close to the farms to save our heads,’’ he said.

Forced to take a break from his buying and selling business, Mr Idahosa said he has since joined other farmers who are now getting used to cultivating domestic crops around their residential areas just to have food on the table rather than risking their lives trying to get to their haunted farms.

Efforts to halt the crisis

The police public relations officer of Edo state police command, Chidi Nwabuzor, said the current commissioner of Edo State, Abutu Yaro, upon assumption to office in April 2022, started by looking into solutions to the farmers-herders crisis.

This, he said, was done through convening a town hall meeting between members of the affected communities, the farmers, and herders so as to chart a way forward.

‘’The governor created the Edo State Security Network made up of men of the police command, vigilante groups, and hunters who engaged in bush combing to flush out the herders from black spots and criminal hideouts in the area,” Mr Nwabuzor said.

As a result of pressure mounted on the herders by the joint security forces, he said “a lot of abandoned arms were recovered by our men’’ during the bush combing exercise.

Speaking on the number of deaths recorded in the course of the clashes, Mr Nwabuzor said he was not sure of the particular number but said the police were aware of pockets of killings at the time of the crisis.

He further added that the area is relatively peaceful at the time of filing this report and that members of the community can go about carrying out their daily activities without panic.

‘’If any farmer is not going to his or her farm to cultivate or make food available for his family and for sale, I think it’s just due to the fear of anxiety stemming from their past experiences because as we speak, the joint security network still goes about and around to clear criminal herders from the bush and this should give confidence and a sense of security to the farmers,” he said.