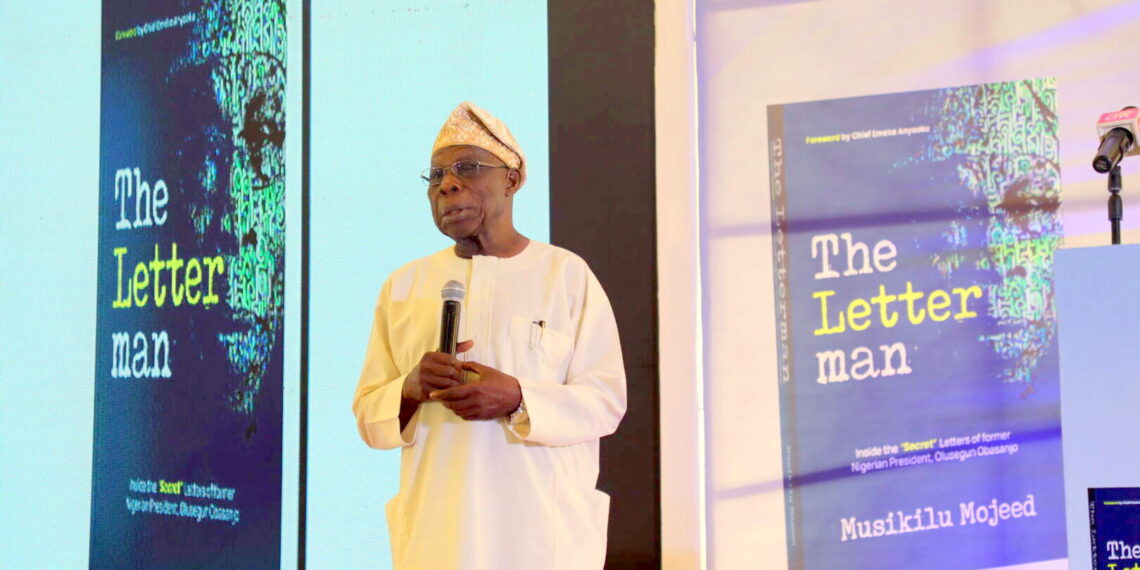 The author of 'The Letterman' said he saw old, private letters that indicated that Mr Obasanjo did not leave office as military head of state as a wealthy man.

Three years after leaving office as Military Head of State in 1979, Olusegun Obasanjo went broke forcing him to depend on loan to run his farm in Ota, Ogun State, The Letterman, a book by PREMIUM TIMES’ Editor-in-Chief, Musikilu Mojeed, has revealed.

The book revealed how Mr Obasanjo got a loan from a commercial bank to set up his Ota farm.

Mr Obasanjo served as military head of state from 1976 to 1979 before organising a transition programme that saw the emergence of Shehu Shagari as democratically elected President.

At the beginning of the fourth republic, Mr Obasanjo was elected President in 1999 and served two terms of four years. Altogether, Mr Obasajo served as head of government for 11 years.

The former president is known for his letter writing which formed the subject matter of Mr Mojeed’s book, as the book provides context to the letters written by Mr Obasanjo.

On page 31, the author narrated how the former president obtained a loan from the United Bank of Africa to set up the farm. However, by 1982, less than three years after leaving office, he was broke again, needing a loan of N80,000 from an old friend, Samuel Ogbemudia, a former military governor of the Midwest region.

Mr Mojeed, the author, said from the troves of letters he obtained, there was an indication that Mr Obasanjo did not leave office as military head of state as a wealthy man

“There are also indications that he did not leave office in 1979 as a wealthy man. I sighted a letter indicating he obtained a loan from the United Bank for Africa to start Obasanjo Farms Limited. And by May 1982, less than three years after he left office, he had gone broke.

“On 7 May 1982, he sent an emissary to his friend, Samuel Ogbemudia (the same former military administrator of Mid Western State), begging to be loaned N80,000. In the letter to Ogbemudia, he described his financial situation as critical and appealed to the retired brigadier to help so he could keep his farm going,” an excerpt from the book reads.

Interestingly, 13 years earlier, Mr Ogbemudia was the recipient of Mr Obasanjo’s famous letter where he warned the former to be careful in his dealings with unscrupulous businessmen in his state.

On 31 July 1969, Mr Obasanjo, as the General Officer Commanding the 3rd Marine Commando Division of the Nigerian Army in Port Harcourt during the Civil War, wrote a letter to Mr Ogbemudia requesting the evacuation of 41 Internally Displaced Persons in Port Harcourt. However, in his usual frankness and bluntness, he issued a piercing warning to his friend.

It was in the middle of the Civil War and Mr Ogbemudia was the military governor of the Mid-Western State.

“Once again, I must congratulate you for the excellent work you are doing in the Midwest. I will reiterate my warning to you on your personal and official association with unscrupulous businessmen – indigenous or expatriate. You remember I have spoken to you about this before. The good name and reputation which you have built over the years can be frittered away overnight. I hope you will continue to be cautious and careful in your personal interest and in the interest of the Army,” the letter reads in part.

The chapter highlighted how Mr Obasanjo dealt with corruption in the military either from junior officers, friends or senior officers. In most cases, he kept records of his correspondences with them.

Last week, during the launching of the book, Mr Obasanjo had said he would have titled the book “The Audacity of an Optimist,” as he noted that most of his letters were not personal, but rather, a matter of prioritising the greater good.

“The thing again about a letter is that it goes beyond you. There is nothing personal to me about the letters—interest of the community, the society, the organisation that I belong to, the military, warfront—how should the war be fought so that we minimize casualty so that we can deal with it and finish it off,” he said.