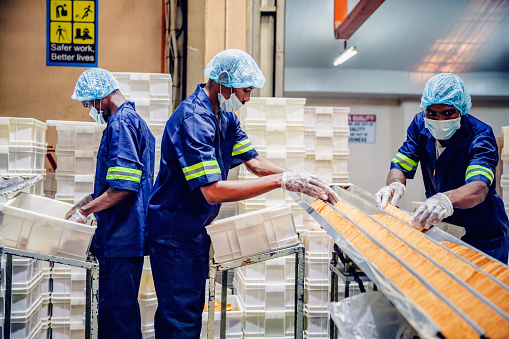 The PMI survey observed that business confidence sank to its lowest point since record began roughly nine years ago.

Nigeria’s purchasing manager index (PMI), which assesses the overall health of the manufacturing sector including the direction it is headed, saw further improvement in November as demand for goods swelled and the number of people ordering them similarly jumped.

The PMI reading of Africa’s largest economy rose to 54.3 in the month that just went by from 53.6 a month earlier, the Stanbic IBTC Bank Nigeria PMI, issued Thursday showed.

It was the quickest pace at which factory activity has improved since April.

A reading under 50 points to contraction, while that above the threshold indicates advance in activity.

The Central Bank of Nigeria had been publishing its own version of the PMI without fail since January 2015 until it abruptly stopped doing so in December 2020.

PMIs are published monthly ahead of official economic data and are known to be the most closely watched business surveys for central banks, policy makers in the real sector as well as financial markets.

Manufacturers are having to pass costs on to consumers as Nigeria’s defiant inflation, now at a 17-year high, stokes operational spending and weakens margin.

ALSO READ: Does manufacturing matter for the Nigerian economy?, By Uddin Ifeanyi

The committee adjusted rates upward for the fourth successive time last month, one of the longest cycles of firming up rates in eleven years.

The PMI survey observed that business confidence sank to its lowest point since record began roughly nine years ago.

Commemorating the life and legacy of Ambassador B.A. Clark, By Atim Eneida George