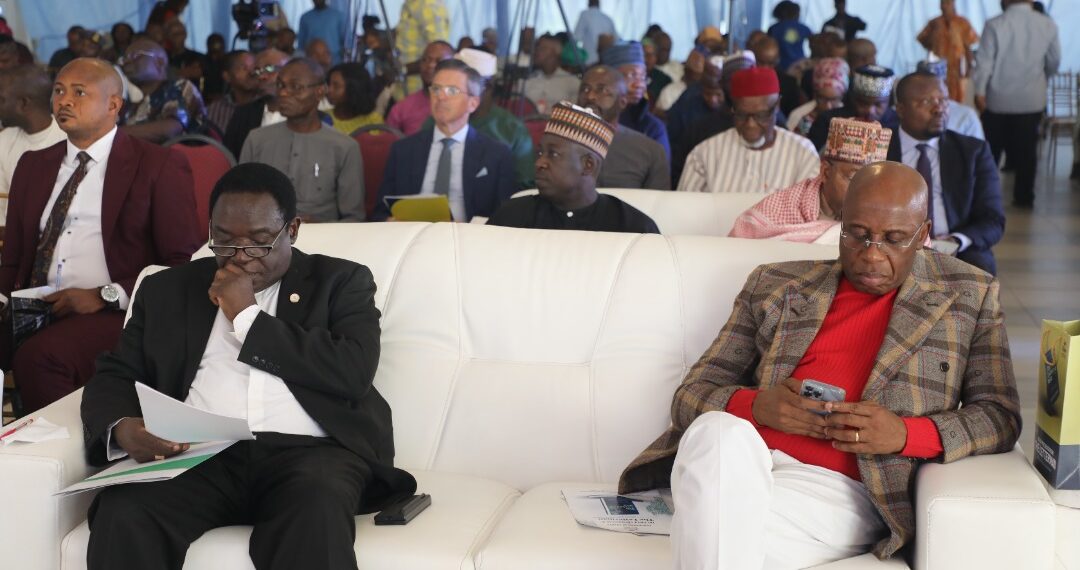 The book focuses on the courageous letter-writing prowess of former President Olusegun Obasanjo and his consistent habitual nature of speaking bluntly to subordinates, superiors, associates and foreign personalities through letters.

Prominent Nigerians at home and abroad on Thursday, graced the official book presentation of “The Letterman”— a book on Obasanjo’s ‘secret’ letters authored by the PREMIUM TIMES Editor-in-chief, Musikilu Mojeed.

The book unveiled is a 492-page narrative nonfiction. Titled: “The Letterman: Inside the ‘Secret’ Letters of former Nigerian President, Olusegun Obasanjo”. It extols the uniqueness and significance of letter writing in the documentation of leadership, governance and political major events as they unfold.

The book also focuses on the courageous letter-writing prowess of Nigeria’s former president and his consistent habitual nature of speaking bluntly to subordinates, superiors, associates and foreign personalities – through letters – not minding the reactions the letters might generate.

By this, the book documents and analyses some of the most significant and historical letters written and received by the former president. Some of the letters written to dignitaries in Nigeria and around the world, have never been publicly seen.

Top dignitaries at the event

However, midway into the unveiling of the book, former president Olusegun Obasanjo, who is the central character of the book, unexpectedly arrived at the event venue. His arrival sparked enormous excitement among the audience as he walked majestically to his seat.

Former President Goodluck Jonathan who was the special guest of honour was represented by a former Minister of Aviation, Osita Chidoka, while Governor Yahaya Bello of Kogi State was represented by his Commissioner for Information, Kingsley Fanwo, and Mr Fani-Kayode represented the APC presidential candidate, Bola Tinubu, among numerous others present.

In his remarks, the book reviewer, Mr Kukah, said Mr Obasanjo has made it hard for writers to write about him because he has written about every part of his life.

He added that Mr Obasanjo developed an obsession with writing his own story hence the former president has written everything about himself.

The cleric said Mr Obasanjo elevated the act of letter writing to an art form.

Mr Kukah said the book (The Letterman) is an inspiration and that it is filled with ingenuity.

On his part, Yusuf Ali (SAN), the Chairman of the event, described the book as “captivating.”

While appreciating Mr Obasanjo for his art of writing, he noted that he desires the book will revive the attitude of letter writing among Nigerians.

He said: “Letterman has thrown light on other books written by generals and a call to duty to future leaders of the country to be properly lettered.”

“I want to challenge all of us, the Nigerian project must not fail. We must not encourage our children to ‘japa’. You can’t leave your best and the brightest to go and develop other people’s countries,” the senior advocate noted.

Mr Ali said to achieve and imbibe a culture of reading and writing, Nigeria’s education sector must be fixed.