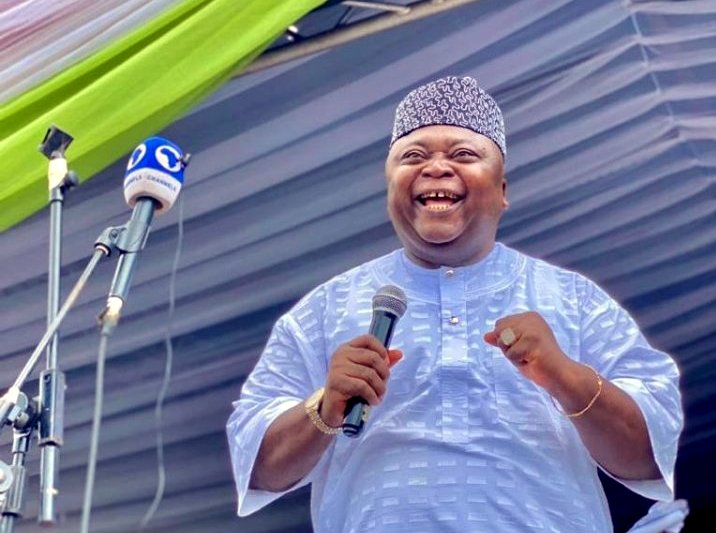 The Court of appeal says only the National Working Committee (NWC) of the PDP can conduct the party's primaries.

The Court of Appeal has set aside a judgement of the Federal High Court in Abeokuta ordering the Peoples Democratic Party (PDP) to conduct fresh primaries in Ogun State.

The appeal court gave the order on Monday in Ibadan.

Justice O O Oguntoyin of the high court had on 27 September ordered the State Executive Committee of the PDP to conduct the fresh primaries within 14 days.

The court delivered the judgement in a suit filed by three members of the party, Taiwo Olabode-Idris, Kehinde Akala, and Ayinde Monsuri against the PDP governorship candidate, Ladi Adebutu, and INEC contesting the authenticity of the delegates’ lists used to conduct the primaries.

But while delivering judgment in an appeal filed by the PDP, Justice Folasade Ojo, in a unanimous ruling of the appellate court, stated that the lower court was wrong in its judgment as only the National Working Committee (NWC) of the PDP is vested with the power to conduct the party’s primaries.

The PDP in Ogun has three factions, each with its governorship candidate.

However, the party’s headquarters in Abuja recongnises Mr Adebutu as the governorship candidate of the party.

The PDP also refused to hold a rerun election. Instead, it headed to the appeal court, asking it to set aside the verdict of the lower court.

The court on Monday agreed with the party and reinstated all the candidates recognised by the party’s headquarters.

Another appeal court judge, Nimpar Yargata, said the trial court fell into error by nullifying the primaries which produced the governorship candidate of the party, Mr Adebutu and all other candidates of the party; the primaries having been conducted by the NWC of the party.

Justice Yargata further said Mr Olabode-Idris and others who instituted the case at the lower court were not aspirants and therefore had no locus to challenge the outcome of the primaries.

The judge reiterated that only the NWC of the party and not the State Working Committee has the power to conduct primaries as spelt out in Section 221 of the 1999 Constitution.

Also, all the five appeals that emanated from the judgment of September 27, having been resolved in favour of Mr Adebutu and PDP, clear the way for him and others as validly elected candidates.

Speaking on the decisions of the appellate court, one of the counsel for the appellants, Muyiwa Obanewa, described the judgements as well considered, saying the coast is now clear for Mr Adebutu and others to continue their campaign for the 2023 elections.
==========================
The Court of Appeal has set aside a judgment of the Federal High Court, Abeokuta, Ogun State, ordering the conduct of fresh primaries by the Peoples Democratic Party (PDP) in the state.

The Ibadan division of the appeal court gave the ruling on Monday.

PREMIUM TIMES had reported that Justice O O Oguntoyin of the high court, on 27th September, directed the State Executive Committee of the PDP to conduct fresh primaries within 14 days.

But while delivering judgment in an appeal filed by the PDP, Justice Folasade Ojo of the appeal court ruled that the lower court was wrong in its judgment as only the National Working Committee (NWC) of the PDP is vested with the power to conduct primaries.

The PDP in Ogun is split into three factions with three different caniddiates claiming to be the governorship candidate of the party.

However, the party’s headquarters in Abuja recongnises Ladi Adebutu as the governorship candidate of the party.