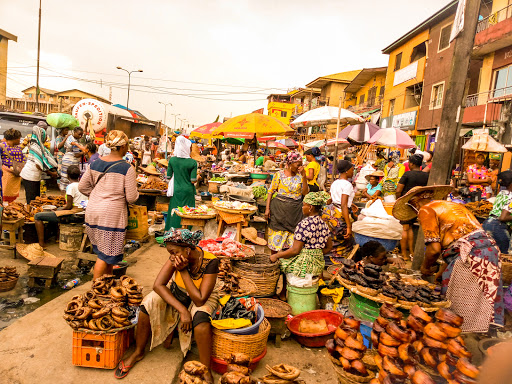 A market in Lagos used to illustrate story

The NBS said this growth rate declined from 4.03 per cent in the third quarter of 2021.

Nigeria’s economy grew by 2.25 per cent in real terms in the third quarter of 2022, the National Bureau of Statistics has said.

The Gross Domestic Product, which measures the size of the economy, expanded at a slower rate than in the third quarter of 2021, the NBS said Thursday.

The NBS said this growth rate declined from 4.03 per cent in the third quarter of 2021.

According to the bureau, the reduction in growth is attributable to the effects of the 2020 recession and the challenging economic conditions that have impeded productive activities.

However, the bureau said compared quarter-on-quarter, real GDP grew at 9.68 per cent in Q3 2022, reflecting a higher economic activity in Q3 2022 than the preceding quarter.

The report said the real growth of the oil sector declined 22.67 per cent (year-on-year) in Q3 2022 indicating a decrease of 11.94 percentage points relative to the rate recorded in the corresponding quarter of 2021.

The non-oil sector grew by 4.27 per cent in real terms.

This was driven mainly by Information and Communication (Telecommunication), Trade, Transportation (Road Transport),