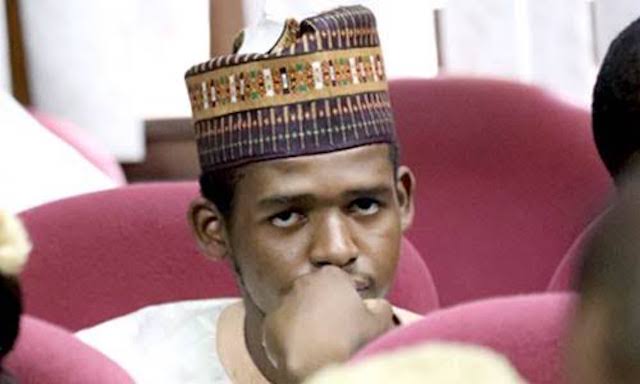 But the Court of Appeal reduced the jail term imposed on Maina’s son, Faisal, by the trial court.

The Court of Appeal in Abuja, on Thursday, affirmed the conviction of Faisal Maina, a son of a convicted pension fund thief, Abdulrasheed Maina,

Mr Maina is the former chairman of the defunct Pension Reform Taskforce Team (PRTT), an office he was said to have used to steal over N2 billion in pension funds.

He and his son were convicted and jailed last year by the Federal High Court in Abuja in separate cases of money laundering involving the diversion of pension funds.

The court jailed Mr Maina eight years for the monumental fraud on 8 November 2021, about a month after it sentenced his son, Faisal, to 14 years’ imprisonment on related charges on 7 October 2021.

Faisal, who jumped bail in the middle of the prosecution’s case, was jailed in absentia.

The convict who managed to evade arrest to date, despite the arrest warrant issued for his arrest by the judge, had appealed against his conviction.

But a three-member panel of the Court of Appeal, upheld Faisal’s conviction in a unanimous judgement on Thursday.

The appellate court agreed with the trial court that the prosecution, the Economic and Financial Crimes Commission (ECC) led substantial evidence to secure Faisal a conviction.

But the panel reduced Faisal’s jail term from 14 to seven years.

Delivering the lead judgement, Ugochukwu Ogakwu, based the reduction of Faisal’s imprisonment term on grounds that Faisal was a first-time offender.

The appellate court said Mr Abang should not have handed Faisal the maximum sentence.

The trial judge, Okon Abang, jailed Faisal after finding him guilty on all the three counts of money laundering involving N58.1million in public funds.

Before Faisal’s conviction, the trial judge revoked his bail, and proceeded with his trial in absentia.

He said the EFCC proved beyond reasonable doubt that Mr Maina through Faisal laundered the sum of N58.1 million.

In February, 2021, the EFCC though its prosecuting lawyer, Mohammed Abubakar, told Mr Abang that the convict had fled to the United States.

Mr Abubakar said EFCC got information that Faisal sneaked to the U.S. through the Republic of Niger.

This development compelled the trial judge, Mr Abang, to order Faisal’s surety, Sani Dan-Galadima, who is a member of the House of Representatives, to forfeit a property used as a bail bond.

Mr Dan-Galadima who represents Kaura-Namoda Federal Constituency of Zamfara State, had entered into a N60 million bail bond on behalf of Faisal.

Following an order issued by the judge for his arrest, Mr Maina was apprehended in the Republic of Niger, and returned to Abuja to continue facing his trial in December 2020.

The judge said Mr Maina stole over N2 billion belonging to pensioners, “most of whom have died without reaping the fruits of their labour.”

“In my view, it is pensioners’ funds the 1st defendant (Maina) stole, and some of the pensioners died out of frustration,” Mr Abang had said.

He is serving his jail term at the Kuje Correctional Centre in Abuja.

He is also facing trial relating to the pension fraud at the High Court of the Federal Capital Territory (FCT), Abuja.

The father and son, after years of evading trial, were arrested in October 2019, and subsequently put on trial that led to their conviction and sentencing.