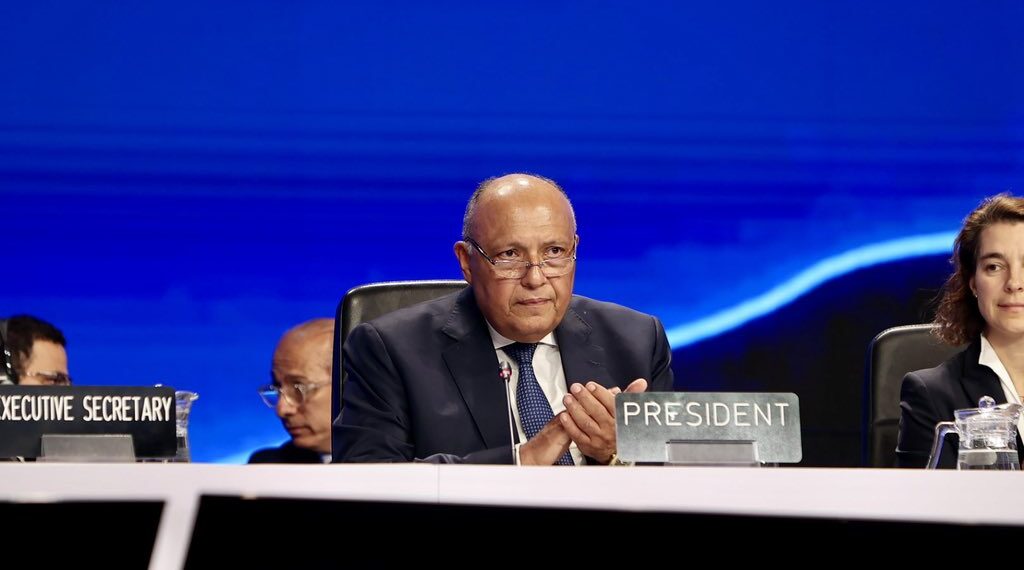 After two weeks of intensive conversations around issues of climate change at the 27th United Nations Framework Convention on Climate Change Conference of the Parties (COP27), the Parties have reached a deal.
The deal was reached at the final plenary Sunday morning and is called Sharm el-Sheikh Implementation Plan (SHIP).
It saw parties recommit to keeping the 1.5°C target for global temperature rise intact while significant progress was also made across the board on climate issues.

As part of the SHIP, parties agreed to the establishment of a historic loss and damage fund on climate change after loss and damage was included in the agenda for the first time.

The new fund will see donors contribute to a global fund to save lives and livelihoods from climate change-related disasters.

Speaking during the closing plenary, COP President Sameh Shoukry said: “The work that we’ve managed to do here in the past two weeks, and the results we have together achieved, are a testament to our collective will, as a community of nations, to voice a clear message that rings loudly today, here in this room and around the world: that multilateral diplomacy still works.”

“Despite the difficulties and challenges of our times, the divergence of views, level of ambition or apprehension, we remain committed to the fight against climate change…. we rose to the occasion, upheld our responsibilities and undertook the important decisive political decisions that millions around the world expect from us,” he added.

The agreement also saw considerable advancements across the board and pledges by developed countries in relation to Mitigation, Adaptation, Finance and Loss and Damage for developing countries.

The issue of loss and damage was, for the first time, central to the agenda at COP and progress on its financing is seen by many as a pivotal part of the successes recorded at COP27.

The agreement and pledges made on loss and damage, according to Mr Shoukry, aim to unlock greater ambitions for mitigation and adaptation.

At the conference, financial pledges were made for loss and damage from multiple countries including Austria, Belgium, Canada, France, Germany, and New Zealand, joining Denmark and Scotland, which had made pledges previously.

The work of the High-Level Champions in implementing the Five-Year Plan for the Improved Marrakech Partnership for Global Climate Action for Enhancing Ambition, was also welcomed.

In particular, the Sharm El-Sheikh Adaptation Agenda, regionalisation of climate action and advancing investment and access to finance in developing countries were particularly commended. The COP further encouraged the High-Level Champions to continue enhancing their engagement with non-state actors, in alignment with the new emerging priorities from COP27, and to follow up on the implementation of their initiatives launched in the year.
Speaking further, COP President Shoukry said, “This was not easy. We worked around the clock. Long days and nights. Strained and sometimes tense, but united and working for one aim, one higher purpose, one common goal that we all subscribe to and aspire to achieve. In the end, we delivered.”

Speaking about the year ahead, Mr Shoukry said: “We leave Sharm El-Sheikh with renewed hope in the future of our planet, with an even stronger collective will and more determination to achieve the temperature goal of the Paris Agreement.

“We’ve just adopted the landmark Sharm El-Sheikh Mitigation Ambition and Implementation Work Programme that will hugely contribute to keeping 1.5 within reach, and I trust that we all know what needs to be done to safeguard 1.5 and ensure that we never go beyond.”