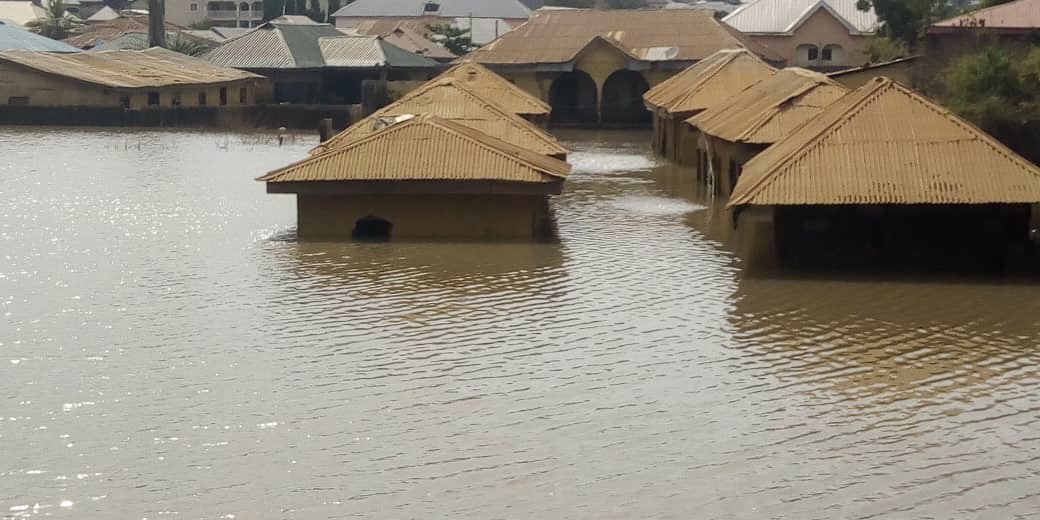 The group said adaptation is a matter of survival for Africa and that COP27 should deliver on scaling up action and support, including GGA.

The African Group of Negotiators and the African Ministerial Conference on the Environment have expressed concerns about the slow pace of progress on issues that affect the continent at the ongoing United Nations Climate Change Conference, COP27, in Egypt.

This position is contained in a statement jointly delivered on Tuesday by Alioune Ndoye, Minister of Environment, Sustainable Development and Ecological Transition of Senegal, who doubles as the President of the African Ministerial Conference on the Environment (AMCEN), and Collins Nzovu, Minister of Green Economy and Environment of Zambia, Chair of the African Group of Negotiators.

The statement reads in part: “As you know, COP-27 has been dubbed as an implementation COP, and for us, as the African Group, we came here focused and determined to ensure we deliver on implementation.

“We also view COP-27 as an African COP being held on African soil, a continent that is worst affected by the climate crisis and yet contributes least to the pollution that causes climate change; as such, we expect COP-27 to result in tangible outcomes which reflect people’s aspirations, including Africa’s special needs and special circumstances”.

The group made reference to the Intergovernmental Panel on Climate Change (IPCC) Sixth Assessment Report (AR6) which has released daunting findings, in particular on the African continent.

The report found that Africa will be impacted more than any other continent while the continent only contributes less than 4 per cent of the world’s total emissions.

“Africa has the lowest historical and current emissions. AR6 also estimates that adaptation costs in developing countries will reach $127 billion, and Africa needs up to $86.5 billion annually by 2030,” the statement quoted.

The group said the position of Africans is not a contest for vulnerability, but the COP decisions have recognised Africa, and science alludes to the fact that Africa is a continent plagued by complex overlapping challenges, and many generations of Africans have been left behind and suffer consequences of actions not of their own making.

The statement added: “The systemic problems facing Africa require dedicated and targeted interventions. This will also unleash our continent’s potential to contribute to achieving the 1.5c world; In a continent that is already food insecure, Africa has suffered a 34 per cent decline in food production and loss & damage to agricultural productivity (IPCC AR6).

“We are concerned about the lack of progress on various issues of importance to our group, particularly on finance, adaptation and loss and damage. However, with a few days remaining, we believe we can still deliver on all work streams, including on adaptation, loss and damage, mitigation and means of implementation.”

The group said adaptation is a matter of survival for Africa and that COP27 should deliver on scaling up adaptation action and support, including Global Goal on Adaptation (GGA).

The negotiators said the intensive technical work was undertaken throughout the year and therefore called on all Parties to “work constructively to reach an agreement on a framework to enable achieving and assessing progress towards GGA.”

“COP27 is our fighting chance to ensure that the multilateral process delivers on its promise of an adequate adaptation response in the context of the 1.5 temperature goal,” the statement said.

On Loss and Damages

The negotiators said they hope that COP will agree on an effective and well-resourced Santiago Network for Loss and Damages to catalyse technical assistance to developing countries and establish a loss and damage finance facility with a clear roadmap for its full operationalisation.

The statement said: “The African continent is exposed to diverse types of loss and damage, which manifest most significantly in various sectors and are associated with extreme and slow events over different time scales

“Finance is critical for the implementation; we call on developed country Parties to engage constructively for a meaningful finance package. This should include delivery on the much-promised USD 100 billion.”

Africa has and continues to suffer the brunt of the adverse effects of climate change and has not received the required multilateral support to face the climate challenge.

African countries require access to scaled-up levels of new, additional and predictable grant and concessional finance, which undoubtedly could be deployed effectively to create enabling environments by beginning to buy down risks and create new asset classes for clean investments.

This would allow for more significant mobilisation and leveraging of public and private finance and enhance access to the elusive and unseen trillions of dollars.

The African group expresses continued disappointment that the USD100 billion per year goal by 2020 from developed to developing countries remains unfilled, emphasising the importance of delivering such a target as soon as possible for building trust and faith in the multilateral process of addressing climate change.

“We urge developed countries to deliver on their commitment to meet the goal and ensure the progression of efforts in the ongoing mobilization of climate finance,” the statement said.

On mitigation, the group said they will continue to engage constructively in the technical work to design an effective and dynamic mitigation work programme that will result in concrete decisions on scaling up both mitigation ambition and support for just transitions.

The negotiators want the mitigation work programme to accelerate the implementation of NDCs, urging developed countries to take the lead in implementing targets while providing enhanced support to developing countries.

“COP27 should design an effective and dynamic work programme and result in concrete decisions on scaling up both mitigation ambition and support for just transitions,” the statement said.

Before Nigeria begins to import doctors, By Olabisi Deji-Folutile