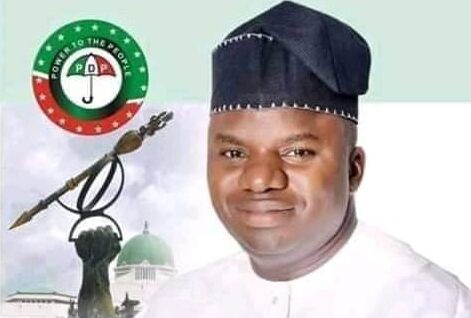 The lawmaker, Solomon Maren, said over 30 persons have been killed in his constituency by militias, who are attacking the communities in a coordinated manner.

A member of the House of Representatives from Plateau State, Solomon Maren (PDP, Plateau) has raised alarm on the recent killings by suspected herders in Mangu/Bokkos Federal Constituency of the state.

Mr Maren, who represents the constituency, said over 30 persons have been killed by militias, who are attacking communities in a coordinated manner.

The lawmaker stated this on Thursday during a press conference at the National Assembly Complex, Abuja.

He alleged that over 300,000 hectares of farmland have been lost to herders due to “reckless overgrazing.”

“On the 15 Nov. 2022, a group of militia suspected to be herders, fully armed with sophisticated weapons and ammunitions launched an attack on Mai katako village also in Butura ward of Bokkos Local Government Area, where they killed and burnt to ashes more than 11 people, injured many and destroyed properties worth millions of naira,” Mr Maren said.

He added that the assailants continue to attack the communities despite the presence of Operation Safe Haven: Sector 5 in the area.

“Unfortunately, despite the presence of Operation Safe Haven Sector 5, the attackers appeared more armed than the security agents who could neither counter, repel nor scare them,” he said.

He stressed that the inability of the security operators to act has emboldened the hoodlums to continue the killings.

Mr Maren said the attacks on the farming communities have prevented farmers from going to their farms.

“Most farmers had little or no harvest due to this wicked action of unscrupulous herders,” he said.

He pleaded with the Inspector General of Police, Usman Baba, and the Chief of Army Staff, Faruk Yahaya, and other relevant security agencies to mobilise more security agents to the troubled areas.

In love, as in football, size does not matter. Here’s why, By Azu Ishiekwene

Before Nigeria begins to import doctors, By Olabisi Deji-Folutile