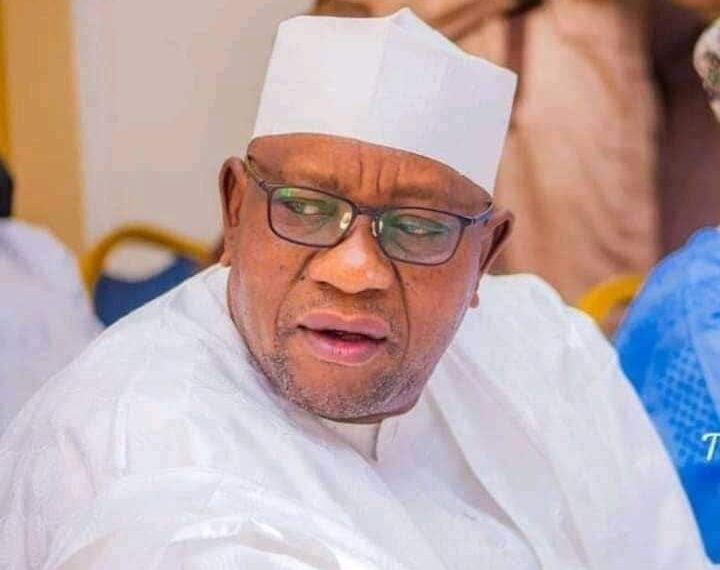 Mr Inuwa’s exit from the ruling All Progressives Congress (APC) is causing ripples within the party, but can he help the opposition Peoples Democratic Party win the presidential poll and governorship polls in the President Buhari’s home state?

With less than 130 days to the 2023 general elections, the ruling All Progressives Congress (APC) in President Muhammadu Buhari’s home state of Katsina, has suffered perhaps its biggest blow since its controversial primary elections, with the exit of the immediate past Secretary to the State Government (SSG), Mustapha Inuwa.

Prominent members of the party, including president Buhari’s relatives and associates, have defected from the party with their supporters to either the main opposition Peoples Democratic Party (PDP) or the New Nigerian Peoples Party (NNPP) after they lost out in the party’s primaries in May. However, none of those defections has left leaders of the party scratching their heads like Mr Inuwa’s defection with 647 support groups to the PDP on 16 October.

Like many disgruntled former members of the APC who defected from the party earlier this year, Mr Inuwa’s grouse with the APC is linked to his failed bid to become the governorship candidate of the party. He was the first runner-up in the contest scoring 442 votes against the 506 votes of Dikko Radda, who has the backing of the incumbent governor, Aminu Masari.

Mr Inuwa’s exit from the APC is causing jitters among the leadership of the party because he is generally regarded as the most influential grassroots mobiliser in the state. The former pioneer chairman of the party in the state has proved on several occasions that he could pull crowds and win local elections effortlessly.

But how did a former university lecturer become the most influential grassroots mobiliser in the state?

The answer could be traced to the return to democratic rule in 1999. That year, the late Nigerian president Umaru Yar’Adua, was the governor of the katsina State and appointed Mr Inuwa the Managing Director of the Katsina State Transport Authority. He was later made the sole administrator and then Chairman of Danmusa Local Government.

An astute politician, Mr Inuwa, used his time in the positions to endear himself to the grassroots and cultivated influence, which has now made him one of the most respected politicians in the state.

He was later plucked out of the grassroots when Mr Yar’Adua made him the commissioner of education and later the SSG.

But he soon found out that the quest for popularity is a double-edged sword. As his rank of loyalists soared, his nest of enemies widened.

“Most of those who hate him are doing so because he didn’t give them chance to do what they like while he was a Commissioner or as a three-time Secretary of Government of the State. They’re mostly not sincere,” Kabir Yandaki, a member of Mr Inuwa’s campaign team, said.

Even his fiercest detractors acknowledges his influence in the grassroots. Apart from his popularity with ordinary residents of the state, his loyalists include commissioners, permanent secretaries, and heads of agencies. How he lost in the APC primaries to Mr Radda remains a mystery but political analysts believed his detractors ganged up against him.

Mr Inuwa was so influential that he led the reelection campaign of Governor Masari in 2019. He was such an important member of the governor’s kitchen cabinet that even top members of the party believed he had already been anointed by the governor to be his successor.

People’s opinion aside, he was a man abundantly aware of his importance.

“We conducted 10 by Elections in this State and the last one was the one we conducted in Bakori local government area. I swear the governor (Aminu Masari) doesn’t know how to win elections we would only bring the results to him. We did the 2019 general elections and we got the highest votes in the country and all of you know we got more votes in the second election (2019) than the first (2015),” Mr Inuwa said in June during a local event with his support groups.

Having left the ruling party, next year’s elections offer Mr Inuwa the chance to really prove his mantle against Mr Masari, his former ally, whom Mr Inuwa’s supporters claim treated him unfairly and President Buhari, who will want to ensure that ruling APC performs exceeding well in the state in all elections.

Has Mr Inuwa taken on more than he can handle? Will the joy of members of the PDP when he joined their rank quickly turn to dust?

To attempt, what many think is impossible, Mr Inuwa will be relying partly on top officials of the state still loyal to him but his real ammunition is his enduring popularity with common residents of the state.

“When the top national party delegation reached out to me, they said I should follow them to Abuja to play a role in the party (APC). But I told them my politics is local and I’m strong because you (support groups) believe in and support me. If they take me away and give me an appointment, what will happen to you? My politics is all local,” Mr Inuwa said at an event to announce he was quitting the ruling party.

“In Katsina State today, there is no politician with grassroots appeal and structure like him. From 1999 to date, he has always been a “Katsina man” avoiding national appointments even when he had every connection to go,” Saifullahi Kuraye, a Katsina-based political analyst, told PREMIUM TIMES.

“I’ll not say it’ll be an easy ride for the PDP just because Mustapha joined them but I’m sure he will get enough votes for them because of his structure. These people that you see following him everywhere he goes will vote and they’ll vote for the candidate he supports,” Mr Kuraye said.

Another factor that may work in favour of Mr Inuwa is the impression that he was treated unfairly by the incumbent governor.

This may swing public sympathy toward him and the opposition PDP. Having played a pivotal role in Mr Masari’s emergence in 2014 and subsequent election as governor, many believe the least the governor should have done was to have ensured that he has a chance at succeeding him.

“We were all there when it happened. In fact, Mustapha Inuwa didn’t only discourage other contestants to withdraw for Masari, he even used his powers to subdue heavyweights like Sadik Yar’adu’a and Kanti Bello all for His Excellency (Mr Masari),” a top APC member, who asked not to be named for fear of the backlash, told PREMIUM TIMES.

Mr Inuwa himself believes he has done enough for the administration of the outgoing governor and is deserving of better treatment.

“I have paid my dues as a true servant of this administration and I challenge any person to mention just one instance when I failed to undertake my responsibility or cheated the administration. I have also been financially prudent. If there is anyone who can say I’ve stolen one Naira in this administration, let him come forward and provide evidence. They made such allegations during Shema (former governor Ibrahim Shema) but they were proven wrong.

“Therefore, I just want to thank God because in the past seven years that we were in government, we protected the administration and protected the image of the leaders of the administration. Even those that are insulting us, calling us all sort of names, they’re doing that because of our relationship with the government,” Mr Inuwa said during a meeting with his support groups after the primaries.

Ironically, Mr Inuwa’s strongest virtue may, in fact, be his weakness. Political pundits in the state say his aversion to money politics is the chink in his armour and his opponents may pierce his rib through it.

“Mustapha doesn’t respect other godfathers in the state,” the anonymous APC top member said. “Ask yourself why he failed to secure the ticket (gubernatorial primaries). He refused to give reasonable money to delegates. Also, the godfathers he looked down on teamed up to get at him. When I saw the gang up, I said the pressure would be too much on the governor and the delegates.”

“Even at this government, there are political appointees, Commissioners for instance and top politicians who believe the man (Mr Inuwa) shielded them from reaching that governor despite their roles during the campaign,” the APC member said. “They would not allow him. Some will continue the fight even now that he is in PDP.”

Another problem analysts see in Mr Inuwa’s quest to upstage his former party is that some of his most dependable supporters did not defect to the PDP with him.

Many of those who stayed back at the APC hold important positions in the government. On the flipside, however, some people believe that Mr Inuwa deliberately left them in the party to act as moles.

Kabir Yandaki, head of political science department at the Umaru Musa Yar’adu’a University Katsina said his failure to convince some of his top lieutenants to follow him to the PDP will dent his crusade to upstage the ruling party.

“You see, no sensible politician in Katsina State can underate Dr. Mustapha Inuwa… if you look at the kind of people behind him as at now you will agree with me that they’re not the people that can make any difference. For instance, we’re supposed to see the bunch of APC party stakeholders resigning their positions to join his political bandwagon. These are the kinds of people that are supposed to show absolute loyalty to him by dropping their positions in APC for his sake,” he said.

Mr Yandaki further argued that Mr Inuwa would not be compensated with a political appointment if PDP wins in Katsina State, which is the reason some of his supporters are reluctant to join his crusade.

“I am telling you they (Mir Inuwa’s supporters) wouldn’t do to that (resign their positions) because politics is a game of interest. They know that if they support him to install PDP in Katsina State they will not get anything out of it. This is because, even he himself will not get any reasonable slots to pay his followers.

“Again, they know that Dr Mustapha would not be given any chance to be more politically relevant for fear of hijacking PDP from the already existing two blocks in the patty – Ibrahim Shema loyalists and Yakubu Lado fans. In effect, therefore, there exist three factions now in PDP including the newly emerged SGS camp in the party,” Mr Yandaki said.

Despite the opposition and views of some pundits, Mr Inuwa believes he has what it takes to sink APC in the state.

He had been there before in 2015 when he was hailed as one of the key factors that led to the defeat of PDP. If half of his foot soldiers and supporters join him and vote for the PDP, it’ll be a different story for APC in Katsina in 2023.