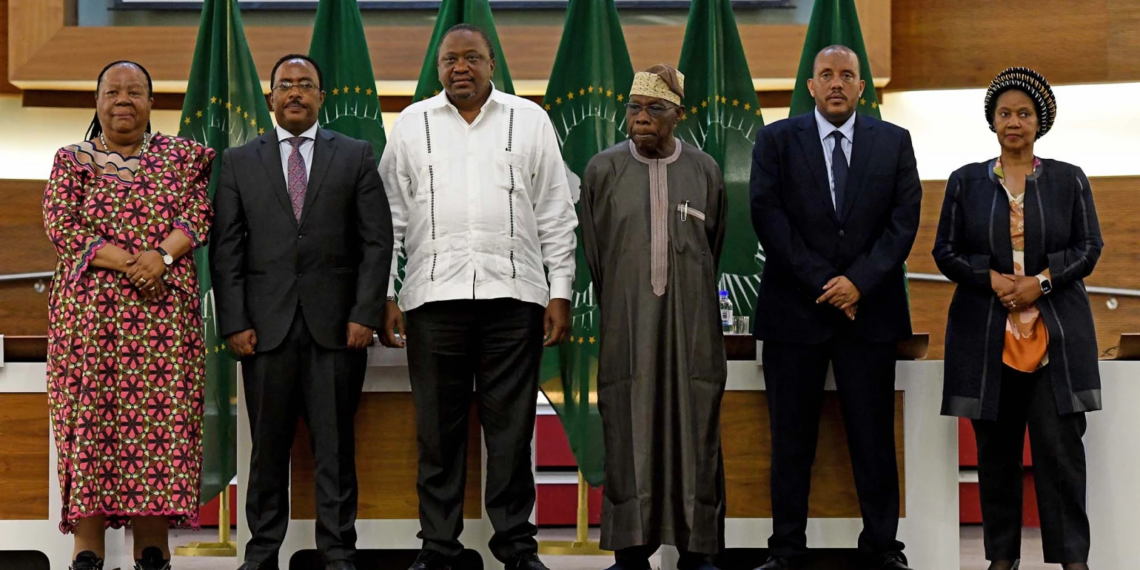 "...we are confident that friends of Ethiopia and members of the diplomatic community will lend their support in rebuilding infrastructures in affected communities and the economic recovery of our country," they said in a joint agreement seen by PREMIUM TIMES.

The Ethiopian government and the Tigray People’s Liberation Front have agreed to end hostilities and agreed to “a detailed programme of disarmament, demobilisation, and reintegration for the TPLF combatants …”

They have also requested support to rebuild the East African country.

“…we are confident that friends of Ethiopia and members of the diplomatic community will lend their support in rebuilding infrastructures in affected communities and the economic recovery of our country,” they said in a joint agreement seen by PREMIUM TIMES.

PREMIUM TIMES reported how the two parties agreed Wednesday to end two years of hostilities that have caused the death of thousands and displacement of millions of people.

The agreement reached two days before the second anniversary of the Ethiopia-Tigray crisis was facilitated by an AU-led team led by ex-Nigerian President Olusegun Obasanjo.

The truce was reached in Pretoria, South Africa after 10 days of talks.

Both parties agreed “to permanently silence the guns,” acknowledging that the war has “brought a tragic degree of loss of lives and livelihood.”

They noted that they were committed to protecting the sovereignty of Ethiopia and recognised only one national defence force.

“We have also agreed on a detailed programme of disarmament, demobilisation, and reintegration for the TPLF combatants, taking into account the security situation on the ground,” the agreement said.

A source familiar with the process but who had no authorisation to speak to the media told PREMIUM TIMES that both sides will meet within five days as part of the process to commence demobilisation and disarmament of the Tigray rebels.

The AU mediation team will now focus on the implementation of the agreement, ensuring that the peace process is not derailed.

According to the agreement, both parties also agreed to implement transitional measures that include restoration of constitutional order in the Tigray region, as well as “a framework for the settlement of political differences, and a transitional justice policy framework to ensure accountability, truth, reconciliation and healing.”

Additionally, they will stop all forms of hostile propaganda and only make comments that will expedite the implementation of the agreement.

They will also help to get humanitarian aid to affected people.

For two years, the government of Ethiopia and forces in its northern Tigray region have been at loggerheads, throwing the country into political and economic instability.

According to the UN Refugees agency (UNHCR), Ethiopia is the third largest refugee-hosting country in Africa, home to over 924,000 refugees and asylum seekers — mainly from South Sudan, Somalia and Eritrea.

Millions of Ethiopians are still in desperate need of humanitarian aid and protection. An estimated 9 million people across Ethiopia’s conflict-stricken regions of Tigray, Afar and Amhara lack access to adequate food, according to the UN.

In Tigray, nearly 40 per cent of the population is suffering from a lack of food. In addition to severe food insecurity, gender-based violence has increased significantly. Also, women and children lack access to proper healthcare, social welfare and justice services, the UN has said.

Amidst the conflict in the Tigray region, international NGOs and aid groups faced difficulties in delivering critical humanitarian aid and vital services. A shortage of fuel, supplies and cash has forced several aid groups to reduce or cancel distributions of food, water and medicine.