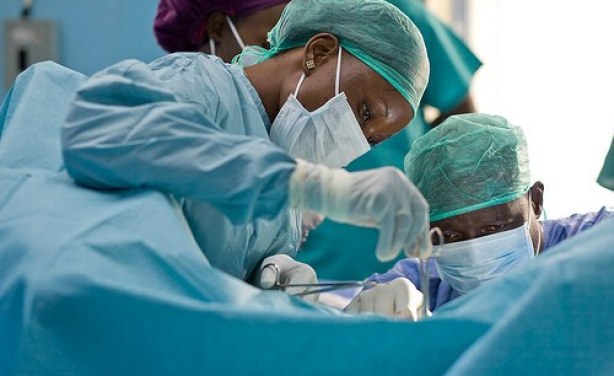 Nigeria has produced almost four times the number of doctors it has but a large number of them have relocated abroad.

Nigeria currently has only 24,000 licensed medical doctors available in the country, less than 10 per cent of the number needed to meet a WHO recommendation.

The President of the Nigerian Medical Association, Uche Rowland, disclosed while speaking at a symposium to discuss ‘the brain drain in Nigeria’s health sector and its implications on health service delivery’ in Abuja on Wednesday.

Mr Rowland said a large number of Nigerian doctors emigrated to seek greener pastures in developed countries, noting that 5,600 of them have migrated to the United Kingdom (UK) in the last eight years.

He said a country requires a mix of 23 doctors, nurses, and midwives per 10,000 population to deliver essential health services, according to the World Health Organisation (WHO).

He, however, lamented that only one doctor is available to treat 30,000 patients in some Southern states, while in the North, it is one doctor to 45,000 patients.

“In some rural areas, patients have to travel more than 30 kilometres from their abodes to get medical attention where available thus making access to healthcare a rarity,” he said.

Given the fact that there are only 24,000 doctors available, the current doctor-patient ratio is 1:9,083, a stark contrast with WHO’s recommendation of One doctor to 600 patients.

With 218 million people to cater for, Nigeria requires at least 363,000 additional doctors to meet this target.

Unfortunately, Nigeria has never had enough doctors to meet the health needs of its citizens. Official data sourced by Premium Times in 2019, showed that as of 2017, only 39,912 doctors were practising in Nigeria.

The data also showed that Nigeria produced 86,722 medical doctors from 1963 to 2019. Mr Rowland said the number of doctors produced by the country has increased to 93,000 with just about a quarter of them currently practising in the country.

He said Nigerian medical doctors are seeking job opportunities in the US and UK, while some are migrating to Middle Eastern countries like Saudi Arabia, Qatar, and Oman.

A 2017 survey by the Nigerian Polling organisation (NOIPolls) in partnership with Nigeria Health Watch, revealed that about 88 per cent of medical doctors in Nigeria were seeking work opportunities abroad at the time.

Earlier this year, the Medical and Dental Consultants Association of Nigeria (MDCAN) said more than 100 of its members left the country within 24 months.

Similarly, In 2018, the National Association of Resident Doctors (NARD) said at least 12 of their colleagues leave Nigeria every week to practice overseas.

A 2022 UK immigration report also showed that 13,609 Nigerian healthcare workers (including doctors) were granted working visas in the past year, making the country second only to the 42,966 from India.

Speaking at the symposium, the director-general of the National Institute for Policy and Strategic Studies (NIPSS), Ayo Omotayo, said when doctors leave the country, there is an existential problem.

Mr Omotayo said the statistics of doctors and nurses leaving the country is high, hence creating a huge gap in the health system.

He said Nigeria’s population is increasing and so is the need for more health professionals.

He urged the government to act fast to curb the mass exodus of medical practitioners.