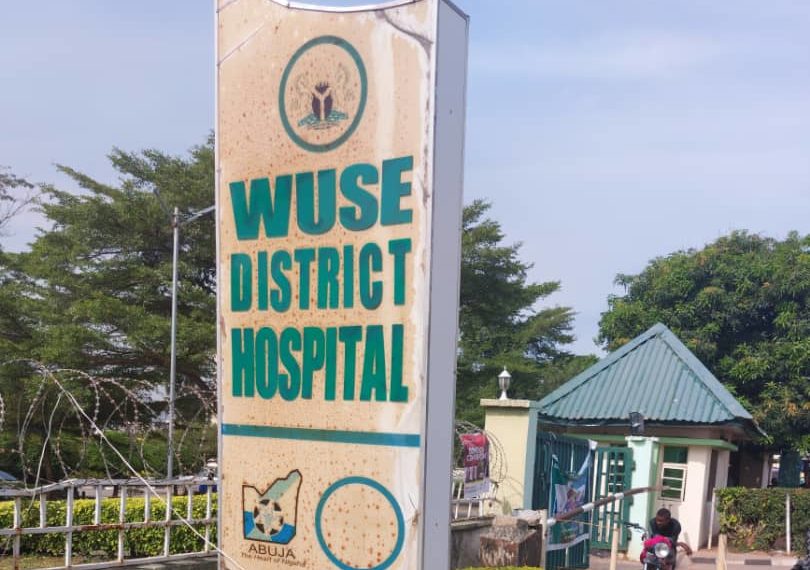 Wuse General Hospital, Abuja, where Mr Salem's remains were found on Thursday by the police.

2023 Budget: Health gets highest allocation ever but fails to meet AU commitment

Despite the increase, only 5.75 per cent of the total budget is allocated to the health sector in the 2023 proposed budget.

For the first time in the history of health funding in Nigeria, over a trillion Naira was allocated to the sector in the proposed 2023 budget.

An analysis of the proposed budget presented by President Muhammadu Buhari last week shows that N1.17 trillion was allocated to the health sector out of the total of N20.5 trillion for the 2023 fiscal year.

The amount comprises of N404.08 billion for capital expenditure and N580.82 for recurrent expenditure. It also includes N2.5 billion for Aid & Grants and a provision of N62 billion for retained independent revenue which could help the health agencies execute their other activities.

The health sector also gets N81.47 billion under the service-wide vote. This includes N69.57 billion for GAVI/immunisation; N7.4 billion for counterpart funding including global fund, health refund to GAVI and N4.4 billion for military retirees under the National Health Insurance Scheme (NHIS).

While the capital expenditure increased by 94.83 per cent from the 2022 budget, the recurrent health budget also increased by 25.54 per cent.

An analysis by PACFaH@Scale, a coalition anchored under the development Research and Projects Centre (dRPC), shows that there has been a 323.68 per cent increase in the health budget in the last eight years.

However, despite the increase, only 5.75 per cent of the 2023 total budget is allocated to health, sustaining the country’s refusal to meet the commitment made by African leaders under the Abuja Declaration to allocate at least 15 per cent of their annual spending to the sector.

It was the reality of the deficiencies in their health systems that made African heads of states and governments under the African Union (AU) commit in April 2001 to dedicate at least 15 per cent of their annual budgets to the health sector in what is now known as the ‘Abuja Declaration.’

While countries like Rwanda and South Africa have met the commitment by allocating at least 15 per cent of their total budgets to health, Nigeria has not found the way or the will to do so.

A review of the budgetary allocation to the health sector in the last 21 years revealed that Nigeria has never met the 15 per cent target agreed upon in the Abuja Declaration.

The National Coordinator of Africa Health Budget Network (AHBN), Aminu Magashi, said the budget seems high but it is still very low in terms of percentage.

Mr Magashi said until the health sector gets 15 per cent of the national budget, the country still has a long way to go.

“We need to look at the figure from the percentage angle. If you compare the health sector budget with the overall national budget, you will realise it’s still far below 10 per cent,” he told PREMIUM TIMES.

He said although the funding allocated is a welcome development for the health sector, more work needs to be done.

He said more advocacy is also needed to ensure the timely release of allocated funds.

In its analysis of the budget, PACFaH@Scale said the Nigerian government has been making efforts since 2015 to meet the health funding target but the efforts are not enough.

The group said although the sector got over a trillion Naira for the first time ever, there is still a huge gap to fill for the country to meet the 15 per cent agreed on with other African countries.

It said there is a need to revisit the plan proposed for the sector in the National Development Plan as it is counterproductive to the health budget estimates.

The group also urged the National Assembly to increase funding for the sector from their annual N100 billion zonal intervention fund.

Eight Nigerian Americans elected to top political positions in US