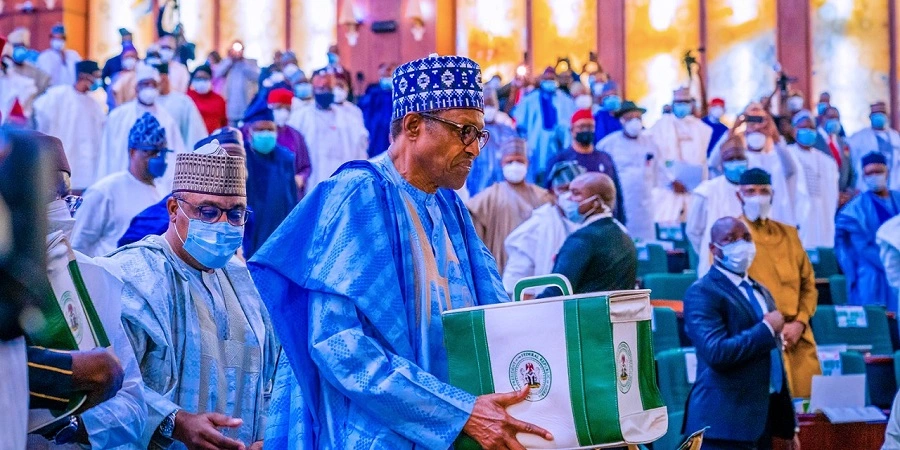 The spending plan named “Budget of Fiscal Consolidation and Transition” will set Nigeria on a historic budget deficit that will tip the country 20.5 per cent further into debt.

The Nigerian government will brush off crushing debt service pressures and constraints in generating revenue to spend 40 per cent more on overheads next year when the expenditure is seen reaching N1.1 trillion, according to the 2023 appropriation bill.

Nigeria’s debt service is on track to more than double revenue come the end of 2022, according to the World Bank’s projection in its newly issued Africa Pulse report, as what government generates fails to keep level with how much it needs to repay debt.

By nature of running costs, the N1.1 trillion covers general everyday expenses such as travels, rent, utilities, repairs and maintenance.

They will not account for operating costs like machinery, labour, material and other spending often directly associated with offering services or production.

In the document laying out its spending plan, President Muhammadu Buhari said “we will further improve our business-enabling environment, accelerate current revenue-based fiscal consolidation efforts and strengthen our expenditure and debt management,” to ensure “fiscal sustainability” with no mention of cost-cutting in the mix.

The government is setting aside N5 trillion for labour, and N854.8 billion will help pay pensions, gratuities and other benefits to senior citizens, the former 21.4 per cent higher than a year ago.

The spending plan named “Budget of Fiscal Consolidation and Transition” will set Nigeria on a historic budget deficit that will tip the country 20.5 per cent further into debt, following the bid to borrow N8.8 trillion for 2023 compared to the N7.3 trillion estimated for this year.

“Generally, there is a need to rein in on expenditure across board, particularly in the recurrent area,” said Muda Yusuf, founder of the private sector participation advocacy group Centre for the Promotion of Private Enterprise, which he also heads.

“It is not just in overhead, even personnel costs, that we need to rein in expenditure. And the government seems not to be doing much about that. They find it just convenient to go and just borrow particularly from the CBN to fill all those gaps,” Mr Yusuf added.

As funding gap is jumping to N10.8 trillion, debt service for next year is to consume N6.3 trillion, surging 70.3 per cent year on year.

“This (funding gap) represents 4.78 per cent of estimated GDP, above the 3 per cent threshold set by the Fiscal Responsibility Act 2007,” the budget states.

Hikes in overheads and recurrent spending as a whole are coming at a difficult time for Nigeria, which gifted its honour as Africa’s top oil producer to Angola in August as the country grapples with an oil theft that has robbed the government blind for years and depleted production.

In the seven months through July, the economy lost as much N4.3 trillion ($10 billion) to the crisis, according to an earlier PREMIUM TIMES estimate.

It is shutting Nigeria out of an oil boom that has enabled other producers to make capital of galloping prices from limited crude supply spurred by Russia’s war with Ukraine.

It also echoes the notion that oil, for Nigeria, is not so much a blessing as a resource curse.

Last week, a covertly run oil pipeline, four kilometres long, came to light in Delta State, having operated undetected for close to a decade, according to state-owned oil firm NNPC.

Hitting a new multi-decade low of 937,766 barrels per day (bpd), Nigeria’s oil output for September retreated by 3.6 per cent, according to official data issued on Monday.

That was over a half weaker than the average daily production for this year and keeps government’s projection of 1.7 million bpd for the year ahead dozens of miles away from being achievable.

A GDP growth rate of 3.8 per cent in the face of persistent rate hikes and an exchange rate of N435.6 to a US dollar are two other worrisome assumptions combining with the first to form a tripod on which President Buhari is building an ambitious but shaky spending plan.

Mr Buhari promised an end to fuel subsidy next year in his budget presentation address. Yet his government expects the hyper-expensive scheme providing Nigerians with one of the cheapest pump prices in the world to exact N6.7 trillion from revenue in the same year.

“What he is saying is that what has been taken into account for this budget is three point something trillion. That is from the assumption that the thing will end by the middle of next year,” Mr Yusuf said in reference to the president’s subsidy plan for 2023.

“But how can you make that kind of commitment when you will be leaving at that time. It is so easy for the new administration to just jump in there and be telling the populace that he has scrapped subsidy.”

ASUU yet to suspend strike – President