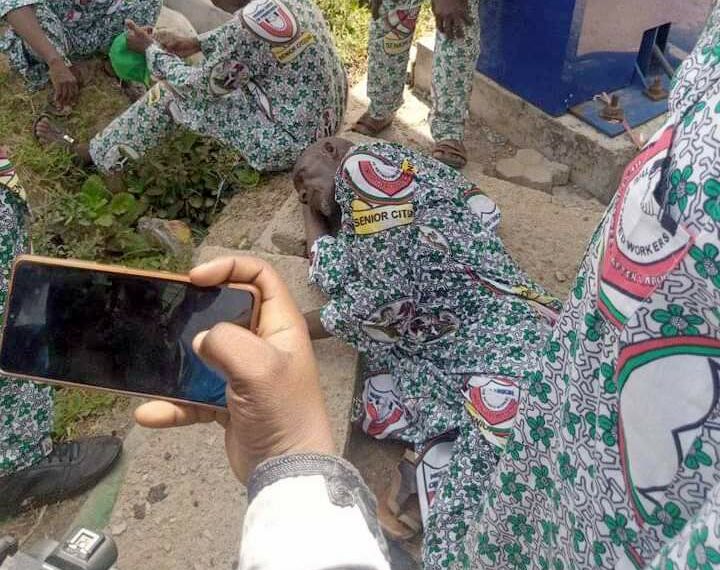 The Nigeria Labour Congress and Nigeria Union of Pensioners held a peaceful rally in Kano, over unpaid retirement benefits.

A pensioner collapsed Thursday while protesting the failure of the Kano State government to pay N36.9b accumulated pension arrears and retirement benefits.

The pensioner was participating in a peaceful rally organised by the Kano State branch of the Nigeria Labour Congress (NLC) and Nigeria Union of Pensioners (NUP) in Kano.

Starting their march from the Emir’s palace to the Government House, the pensioners carried placards with several inscriptions indicating “Pay us our pension arrears”, “Resume compliance to pension laws”, “Monthly pension deductions must be stopped and monthly pension is non-taxable by law, why deduct from it?”

Speaking shortly after submitting the pensioners’ demand to the Head of Service, Usman Bala, the state chairman of Nigeria Labour Congress (NLC), Kabiru Minijibir, who was there in solidarity with the protesting pensioners, said the state owes 32,600 pensioners accumulated N36.9 billion unpaid arrears.

He said that as of June 2022, 18,111 pensioners have not been paid their entitlements. This, he said, has resulted in the deaths of many while others have taken ill with no money to settle their hospital bills.

Mr Minjibir claimed government agencies and parastatals have not been paying the statutory 17 per cent deductions from workers’ salaries and the value of the deduction has reached over N60 billion.

“We also hope that Government would set aside special funds to commence the immediate payment of the unsettled N36.9 billion funds, and also ensure that the unwarranted cut in their money, immediately stops.

“Failure to do this might result in the pensioners taking the last option, which is – a legal action, but we know and believe that Governor Ganduje has his people in his heart as can be seen in the monthly payment of pension allowances and salaries”.

The state’s Head of Service, Usman Bala, who addressed the protesting pensioners, said the pension arrears were inherited from the last two governments in the state. 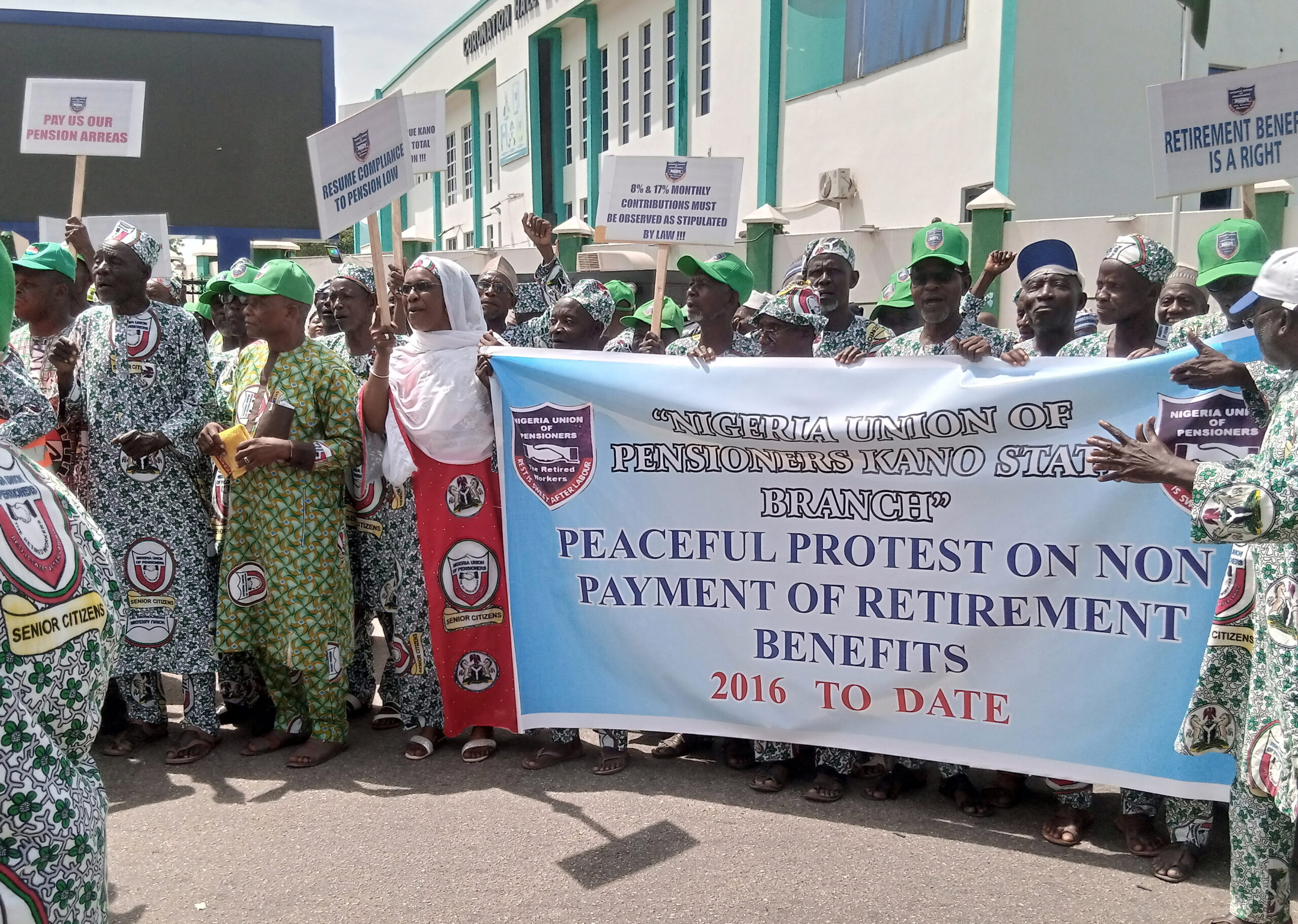 “But despite all these negative tendencies, our government now is paying monthly Pension allowances and also tried in paying some gratuity, but one should know that the nation is facing a serious cash crunch and Kano is not exempted,” he said.