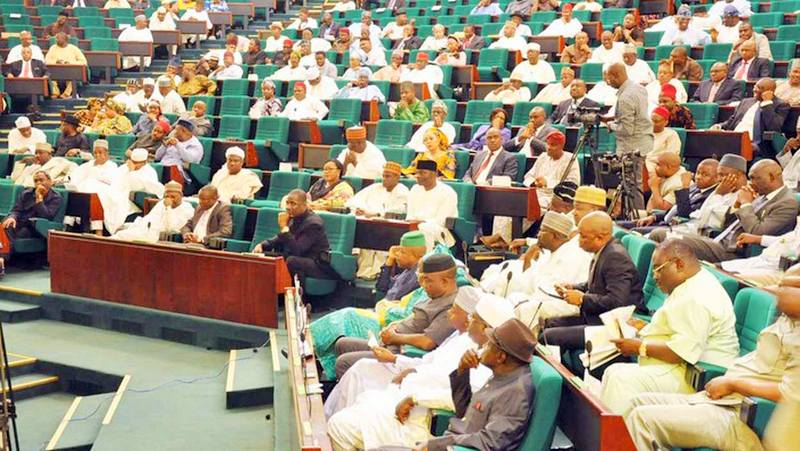 The lawmakers put a spending cap of N1.7 trillion for the 2023 fiscal year against the N3.3 trillion proposed by the federal government.

The House of Representatives has passed the Medium Term Expenditure Framework and set a ceiling for spending on the controversial fuel subsidy.

The lawmakers put a spending cap of N1.7 trillion for the 2023 fiscal year against the N3.3 trillion proposed by the federal government.

In the MTEF passed on Thursday by the lower chamber, the lawmakers rejected the two scenarios presented by the executive in the proposed MTEF.

According to the Minister of Finance, Zainab Ahmed, in the first scenario, the deficit is projected to be N12.41 trillion in 2023, up from N7.35 trillion budgeted in 2022, representing 196 per cent of total revenue or 5.50 per cent of the estimated GDP.

In this option, she added, the government would spend N6.72 trillion on subsidy.

Mrs Ahmed said the second option involves keeping subsidy till June 2023 and that this scenario will take the deficit to N11.3 trillion, which is 5.01 per cent of the estimated GDP. In this option, PMS subsidy is projected to gulp N3.3 trillion.

The lawmakers stated that by this action, “the sum of N737,306, 443,151 will be saved and this should be used to reduce the fiscal deficit of N11.3 trillion of the government as contained in the MTEF/FSP,” and “the savings from the subsidy regime amounting to N737.31 billion to N10.56 trillion,”

Figures not adding up

However, the figures presented by the lawmakers did not add up.

Going by the spending limit of N1.7 trillion and the expected saving of N737.36 billion, this gives an aggregate of about N2.4 trillion, which is lower than the N3.3 trillion proposed by the government.

In addition, the lawmakers increased the oil price benchmark from $70 per barrel to $73 per barrel, hence, the extra $3 on every barrel. Despite this adjustment, the deficit was only reduced by N737.36 billion savings from the subsidy ceiling.

When clarification on these discrepancies was sought during a media briefing, the Vice Chairman of the Committee, Saidu Abdulahi (APC, Niger), promised to go over the documents.

On how the lawmakers arrived at the N1.7 trillion figure, Mr Abdulahi explained that the committee factored in the timetable on the Port Harcourt Refinery and also the ongoing investigation into the fuel subsidy regime.

“We have looked at the dynamics– some of the things I have mentioned earlier, that Port Harcourt (refinery) is coming up– the committee of the House is also working with the executive to actually come up with the scientifically proven volume of our daily consumption. Looking at those things, we decided to flatten it out,” he said.

The House also resolved that 10 revenue-generating agencies of the federal government be given cost of collection incentives like the Federal Inland Revenue Service (FIRS) and the Nigerian Customs Service (NCS).

The FIRS is statutorily entitled to retain 7% of the revenue collection, while Customs retains 4% of its revenue as cost of collection.

The lawmakers resolved that their respective establishment acts will be amended in the finance bill that will be considered alongside the budget.

Explaining the rational for this directive, Mr Saidu said the move will address the challenges associated with the current operating surplus remittances which many agencies have abused.