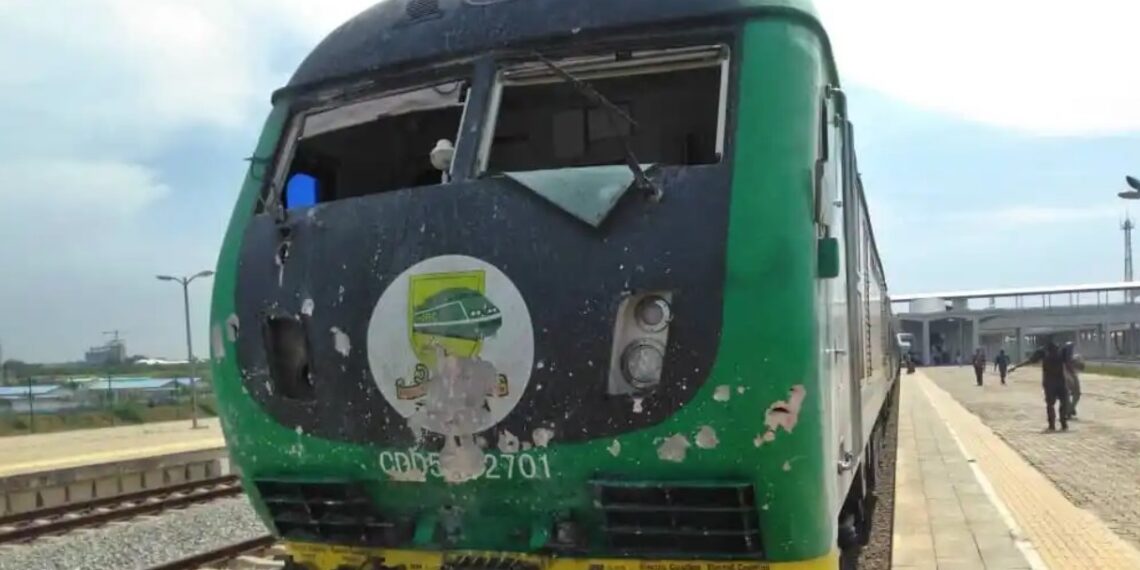 Six months after terrorists kidnapped scores of people after attacking a train, the last batch of 23 hostages has been released.

This was disclosed by Usman Yusuf, the secretary of a committee set up by the Chief of Defence Staff, Leo Irabor.

PREMIUM TIMES reported the attack on the Kaduna-bound train on March 28. At least eight people died in the attack while 168 people were declared missing, most of whom were believed to have been kidnapped.

While scores of passengers on the train were kidnapped, many others were not.

The terrorists had earlier released some of the hostages in batches after ransom was paid by the relatives.

The middleman who helped the victims’ families negotiate with the terrorists, Tukur Mamu, has, however, been arrested by the secret police, SSS.

Mr Mamu was arrested on 7 September for allegedly conniving with the terrorists.

He was arrested in Egypt on his way to Saudi Arabia for a lesser Hajj. He is still being held by the secret police.

In his Wednesday statement, Mr Yusuf said the hostages were released at about 4 p.m. on Wednesday and his committee has taken custody of the victims.

“I am pleased to announce to the nation and the world that at 4: pm Wednesday the seven-man presidential committee assembled by the chief of Defence Staff L.E.O Irabor secured the release and took custody of all the 23 remaining passengers held hostage by Boko Haram terrorists following the attack on the Abuja to Kaduna train on 28/3/2022,” Mr Yusuf, a professor, wrote.

“The Nation owes a debt of gratitude to the Nigerian Military under the leadership of the Chief of Defence Staff who conceived and guided the operation from start to finish.

“All sister security agencies and the Federal Ministry of Transportation contributed immensely to this operation.

“The unwavering support of the President and Commander in Chief of the Nigerian Armed Forces, President Muhammadu Buhari is what made it possible.

“Members of the committee are grateful for the rare honour and privilege to be part of this humanitarian operation.”

Mr Yusuf did not say if a ransom was paid to free the remaining hostages or what deal the government had with the terrorists.

The federal government had in the past accused the train terrorists of reneging on previous agreements that centred on a prisoner swap.