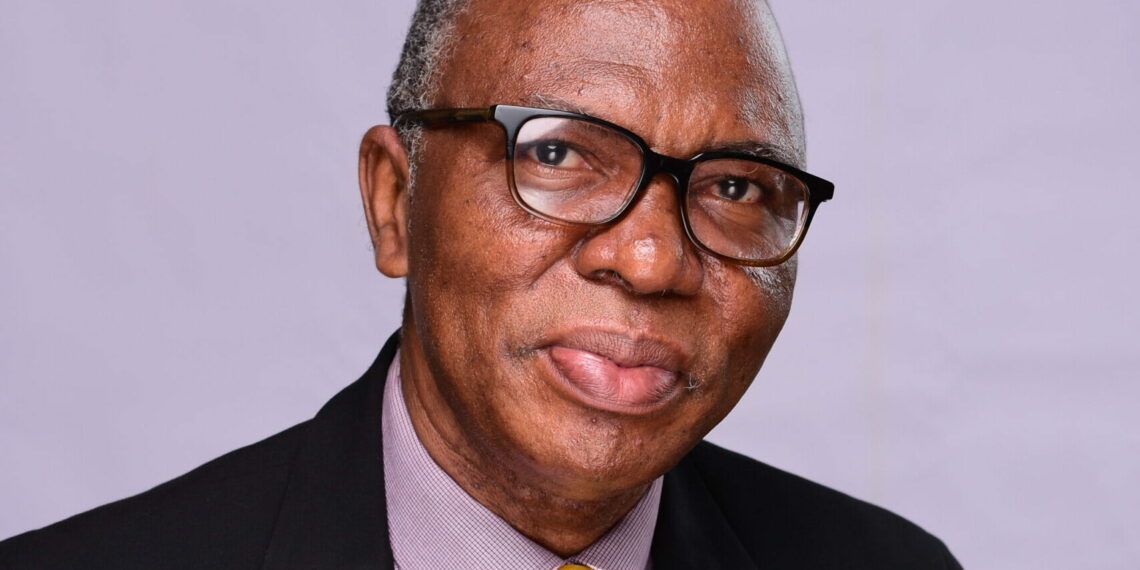 A statement by the Office of the Special Adviser on Education (SAE) to Mr Sanwo-Olu, Tokunbo Wahab, said the appointment of the new VC took effect on 29 September.

Mr Odusanya, a director of research and innovation at the Lagos State University, was one of the strongest contenders for LASU’s vice-chancellorship position until the appointment of Ibiyemi Olatunji-Bello, a professor of Physiology, in September, 2021.

PREMIUM TIMES reliably gathered that Mr Odusanya was singled out for the new position among more than 20 “eminently qualified scholars” reportedly headhunted by the search team.

Odusanya in, Olaleye out

A statement by the Office of the Special Adviser on Education (SAE) to Mr Sanwo-Olu, Tokunbo Wahab, said the appointment of the new VC took effect on 29 September.

Mr Odusanya, will take over from Oluremi Olaleye, a PhD holder in Microbiology and substantive Rector of the Lagos State Polytechnic, who was in March appointed in acting capacity.

The statement, which was signed by an Assistant Director, Public Affairs Unit of the SAE office, Adesoye Oyelami, noted that Mr Olaleye has been directed “to resume his duty post as the LASPOTECH’s substantive rector for the next three years and two months remaining for him to complete his tenure.”

The statement reads in part; “It would be recalled that the State Governor, Mr Babajide Olusola Sanwo-Olu at the take -off of the new university , approved the appointment of the then substantive Rector of the former Lagos State Polytechnic (LASPOTECH), Ikorodu, Dr. Nurudeen Olaleye as the Ag. Vice- Chancellor of the University, pending the selection and appointment of the substantive Vice- Chancellor.

“The State government noted that it has become imperative to appoint a substantive Vice- Chancellor for the institution (LASUSTECH) to ensure that there is no void in the University’s leadership and to maintain the necessary stability of the Lagos State University of Science and Technology from time to time.”

Mr Wahab thanked Mr Olaleye for “using his experience and good managerial skills to set the new University on a good track.”

“He (Mr Wahab) noted that posterity would judge him (Mr Olaleye) aright as one of the foundation Management Heads of the University in the future, adding that his efforts would pave the way for the new administration to start on a good pedestal.”

The new and substantive LASUSTECH vice-chancellor was born on the 8 February, 1965. A Fellow of the Medical College in Public Health and Community Medicine (FMCPH), who holds Master of Public Health from University of Lagos (UNILAG), Akoka.

Meanwhile, the incumbent acting deputy vice-chancellors-Olumide Metilelu and Kola Godonu, who are in charge of academic and administration, respectively, will reportedly continue in those capacities for the “next 90 days.”

The new vice-chancellor is expected to announce his preferred deputies when he settles down after the expiration of the 90-day term of the duo.

Governor Babajide sanwo-Olu’s administration had in February announced the official establishment of two additional universities following the successful transmutation of existing polytechnic and colleges of education.

The National Universities Commission (NUC), the regulatory body in charge of universities in Nigeria, had in February presented the clearance certificate of operations to Mr Sanwo-Olu and his Special Adviser on Education, Tokunbo Wahab.

The Executive Secretary of NUC, Abubakar Rasheed, at the time said the agency had communicated with appropriate educational agencies of government including the Joint Admissions and Matriculation Board (JAMB), Tertiary Education Trust Find (TETFund), and the National Youth Service Corps (NYSC), among others, of the new universities.