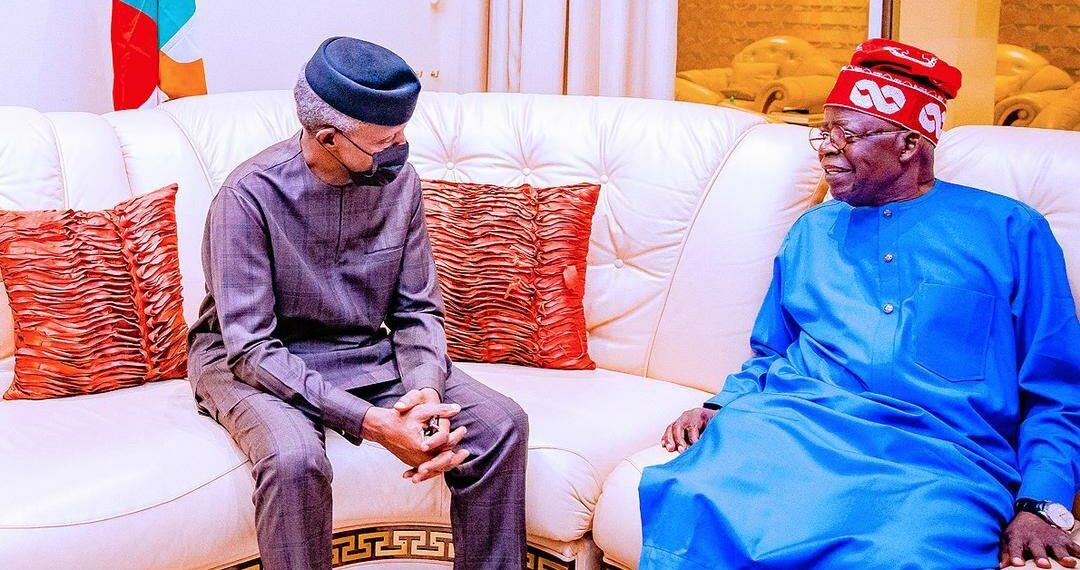 Bola Tinubu was absent at three public events in recent weeks fuelling speculations about his health.

A few weeks ago, it appeared as though the ruling All Progressives Congress (APC) had put its house in order and presented a united front while the main opposition Peoples Democratic Party (PDP) convulsed from an internal crisis.

But just when the campaign was about to start, the facade of unity in the ruling party started unravelling over the Presidential Campaign Council list released by the Secretary of the Council, James Faleke, a lawmaker from Lagos State.

Following the release of the list, some governors expressed their outrage over the exclusion of their nominees.

PREMIUM TIMES exclusively reported a storm on the WhatsApp group of the Progressives Governors’ Forum (PGF) over the list. The governors had nominated five persons each into the council. However, the final list of 422 members did not go down well with them.

It was learnt that the Director General of PCC and Governor of Plateau State, Simon Lalong, and the Chairman of PGF, Atiku Bagugu, agreed with the presidential candidate, Bola Tinubu, to expand the list, prompting the indefinite postponement of the inauguration of the council.

The Minister of State for Labour and Employment, Featus Keyamo, who is the spokesperson of the campaign, said the expansion may take the list to over 2,000 members to accommodate the different groups pushing for inclusion.

In the midst of all these, Mr Tinubu has been missing in action at public political events in the past couple of days.

The ban on campaigns for national offices was lifted on Wednesday, and while other presidential candidates gathered at the International Conference Center to sign a peace accord, Mr Tinubu sent Kashim Shettima, his running mate, to represent him.

The presidential candidate of Peoples Democratic Party, Atiku Abubakar; the candidate of the Labour Party, Peter Obi and his running mate, Ahmed Datti; the candidate of New Nigerian People’s Party (NNPP), Rabiu Kwankwaso, and several other candidates attended the ceremony.

Mr Tinubu’s absence from the event generated the #WhereIsTinubu trend on Twitter, as the opposition demanded information on his whereabouts.

Mr Tinubu has so far avoided sharing a stage with his opponents.

In August, he was billed to speak at the Nigerian Bar Association (NBA) conference. Instead, he sent Mr Shettima, having left the country days before the conference to meet with some governors of the PDP, led by Governor Nyesome Wike of Rivers State.

Again, last month, Mr Tinubu was invited to speak at a conference of the Lagos Chamber of Commerce and Industry but again delegated Mr Shettima to deliver his speech. This trend of not attending such events has further invigorated the speculation about Mr Tinubu’s health.

But the former Lagos State Governor attended the 70th birthday programme of a Catholic cleric, Mathew Kukah, where he gave a speech. Also, he hosted some northern bishops at his campaign office some days ago and equally gave a speech.

While it is known that Mr Tinubu is currently in the United Kingdom, the reason for the trip remains a subject of speculations, although, recently, the position of the campaign council is that he is there for a rest.

Even the Deputy Director General of the campaign, Adams Oshiomhole, brushed aside a question on the issue while appearing on Politics Today on Channels TV. The former governor of Edo State said, “I don’t report to him every day. I am not sure if he is around or not.”

Days after, Ayo Ayelabowo, one of the nominees in the PCC, while appearing on Arise TV, stated that the candidate decided to travel to the UK to get some rest before the commencement of campaigns.

“Asiwaju Bola Ahmed Tinubu is in London. He cannot rest in Lagos. They will not let him rest. he came to Abuja most of the time, but they will still not allow him to rest. This man has been working for an average of 20 hours each day. So, reasonable people thought he should leave the country because people will not let him rest since the campaign is coming soon.”

He explained that the invitation for the peace accord came very late, prompting the last-minute arrangement of Mr Shettima to fill the gap.

Bayo Onanuga, Director, Media and Publicity, on Saturday, also maintained that Mr Tinubu is resting in the UK.

“He (Tinubu) was not ill. He didn’t go to treat any ailment. We spoke today at about 2 p.m. And he told me how his one-week retreat has not made any difference.”

Insiders within the party informed PREMIUM TIMES that Mr Tinubu may likely return to the country on 3 October.

The Osinbajos excluded from the campaign

Vice President Yemi Osinbajo will not be campaigning for his former political associate, Bola Tinubu, if the campaign council list is anything to go by.

It also emerged that Dolapo, the wife of the vice president, will also not join the campaign team, if the list of the women campaign team released by Oluremi Tinubu is anything to go by.

Mr Osinbajo lost the APC presidential primaries to his former boss, Mr Tinubu, at the convention in June. While other aspirants have been drafted into the campaign, the vice president was excluded from the campaign council.

He served as the attorney general and commissioner for justice of Lagos State under Mr Tinubu. The latter is also believed to have nominated Mr Osinbajo for the office of the vice president in 2015.

To debunk speculations of a rift between Messrs Tinubu and Osinbajo, the ruling party in a statement said President Muhammadu Buhari requested the exclusion of his deputy and the Secretary to the Government of the Federation, Boss Mustapha, to allow them to focus on governance.

No reason has, however, been given for the exclusion of Mrs Osinbajo.

The APC is still struggling with backlash over its Muslim/Muslim ticket and Messrs Osinbajo and Mustapha are two of the highest-ranking Christians in the administration.

The appearance of Mr Osinbajo, a pastor at the Redeemed Christian Church of God, could have played, and could still play, a significant role in assuaging Christians who may not be favourably disposed to the same faith ticket of the party.

2023: Abiola presents manifesto, rules out alliance of PRP with any party