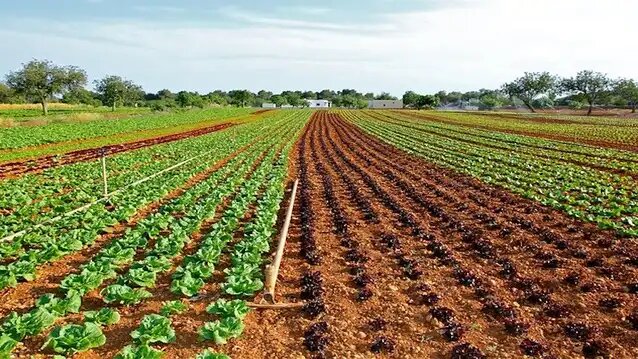 “Currently, the cost of farm inputs has gone up by 100 per cent, and since farmers cannot afford fertiliser, agrochemicals and other inputs, the harvest has decreased over the years,”

As the nation attains 62 years of self-rule, citizens have expressed divergent opinions regarding President Muhammad Buhari’s agricultural policy, with some commending steps taken so far to ensure the country’s food security.

They said the sector had relatively experienced growth in spite of challenges and high expectations of Nigerians in the past 62 years.

The respondents commended the president for his disposition to grow the sector.

Others however argued that the agriculture sector which remained the country’s dominant economic force before independence, had plummeted over the years and the country had yet to realise its full potential in agriculture.

They blamed it on the government’s inconsistency in the formulation and implementation of agricultural policies, coupled with the interference of politicians in the sector.

The Deputy Speaker of Cross River Assembly, Joseph Bassey, lauded the federal government’s ban on the importation of foreign rice which has promoted local production and contributed to food security.

He said Mr Buhari’s aggressive intervention in the agricultural sector had produced many agropreneurs in the country.

According to him, the disbursement of loans/grants to farmers through the Central Bank of Nigeria (CBN) was an added advantage in promoting agricultural sustainability in the country.

Mr Bassey, however, called for more investments in the sector, in order to improve the economy, saying the three tiers of government should invest massively in food production for export and local consumption.

He maintained that with export, the Nigerian economy would thrive and create jobs for both the skilled and unskilled unemployed.

Mr Bassey noted that the nation was blessed with a large and fertile landmass, and called for the sustenance of loans/grants as well as a supply of improved crop varieties and fertiliser to farmers to boost productivity.

Similarly, the Edo Chairman of the Poultry Farmers Association (AFAN), Kingsley Imasuen, said that the agricultural sector improved under the present administration, especially in livestock production.

He said the poultry value chain had surpassed all other meat value chains and added that despite the economic downturn, Nigerians, knowing the health benefits of poultry now, patronised the value chain.

“Despite bad the economic situation, people are aware of the health benefits in the poultry value chain and they are patronising it,” he added.

He said over the years. different administrations had come up with policies such as Operation Feed the Nation, Green Revolution, Growth Enhancement Scheme and more recently, the Agricultural Transformation Agenda.

Mr Osayande blamed government agricultural policy summersault over the years, saying that each policy ended with the administration that formulated it.

He claimed that the beneficiaries of some government agricultural policies were “political farmers,” and said that real farmers’ associations were usually not consulted when such policies were made.

He attributed the situation to the government’s inability to have the actual data of real farmers which resulted in their neglect and urged the government to properly empower farmers with loans and grants to boost production.

He said: “As I speak with you, I, as AFAN deputy chairman in Edo, can authoritatively tell you that most of the AFAN members that I see are not real farmers.

“They are ‘political farmers’ who are just waiting to grab whatever comes and disappear; the real farmers are not benefitting from government agriculture policies in Nigeria,” he said.

“I have been farming for the past 20 years, and have never gotten assistance from government.

“I think the agricultural sector is underfunded and with that kind of situation, the sector cannot grow.”

It was the same lamentation in Delta, where the Chairman of AFAN, Sylvanus Ejezie, decried the state of the agriculture sector in Nigeria.

According to Mr Ejezie, there is nothing much to talk about in agriculture as the sector has continued to witness setbacks since the country’s independence.

He said that agribusiness plummeted when the federal government shifted focus from the agriculture-driven economy to the oil economy.

Mr Ejezie also blamed successive governments’ inconsistent agricultural policies and the interference of politicians as some of the factors responsible for the stunted growth in the sector.

According to him, portfolio-carrying farmers have long hijacked the procurement and distribution of farm implements, fertiliser and other inputs.

He said: “Food security is challenged because facilities like tractors, harvesters, silos, affordable inputs as well as late distribution of inputs and planting materials remain an impediment in the sector.

“Agriculture remains the mainstay of any nation. Everybody needs food to survive just as industries depend on agriculture.

“I can tell you that since independence, we have not made progress. Because of the absence of combined harvester, I have lost almost 50 hectares of rice farm to flood at Ngegwu, Illah.

“Another farmer also lost over 30 hectares of rice to flood at Ossisa. How can we say we are doing well when we do not have equipment or maintenance culture coupled with the issue of insecurity?”

According to him, there is no means to complement our farming activities through dry season farming due to a lack of irrigation facilities.

Mr Ejezie argued that there should be a marginal and measurable increase and profits to be able to say that the nation had made progress.

“Currently, the cost of farm inputs has gone up by 100 per cent, and since farmers cannot afford fertiliser, agrochemicals and other inputs, the harvest has decreased over the years,” said.

He, however, advised that government should engage real farmers, and ensure programme implementation and sustenance.

On his part, the Chairman of Etche Cooperative Farmers Association in Rivers, Godwin Akandu, decried the lack of agriculture incentives for farmers.

Mr Akandu said the situation was demoralising to farmers and responsible for the poor growth in the sector.

According to him, lack of incentive discourages youths’ engagement in farming and tapping into opportunities agribusiness offers.

He urged the three levels of government to refocus on moving the country out of a mono-oil economy into an agriculture-driven one to provide employment and create wealth.